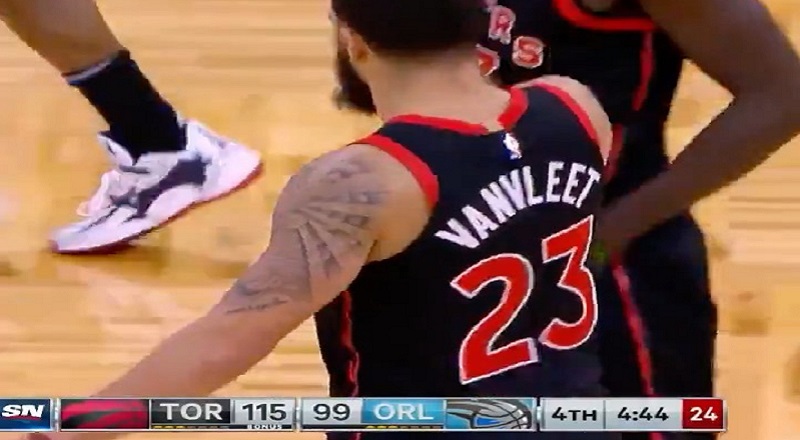 After a slow start to the season, the Toronto Raptors are beginning to find their groove. As the season gets back on track, Fred VanVleet is emerging as the team’s leader. This is a long way from his origins as a talented role player.

Tonight, the Raptors played the Orlando Magic, a team they have had notable playoff bouts, with. Normally, these battles end up won by Toronto. The game, tonight, was no different, as the Raptors got a blowout win.

Fred VanVleet is the dominating story, in the Toronto Raptors’ win, over the Orlando Magic. Throughout the game, VanVleet was in another zone, with the scoring. In the end, he dropped 54 points, setting a Raptors’ franchise record for points in a game, owning Twitter, in the process.

Read the tweets about Fred VanVleet below:

More in Hip Hop News
Molly Brazy talks motherhood, beefing with girl rappers, social media, and more on No Jumper [VIDEO]
Khloe Kardashian gets dragged on Twitter for using colored emojis and fans hold nothing back, with one person cruelly telling her she can’t use color, unless she’s OJ’s daughter