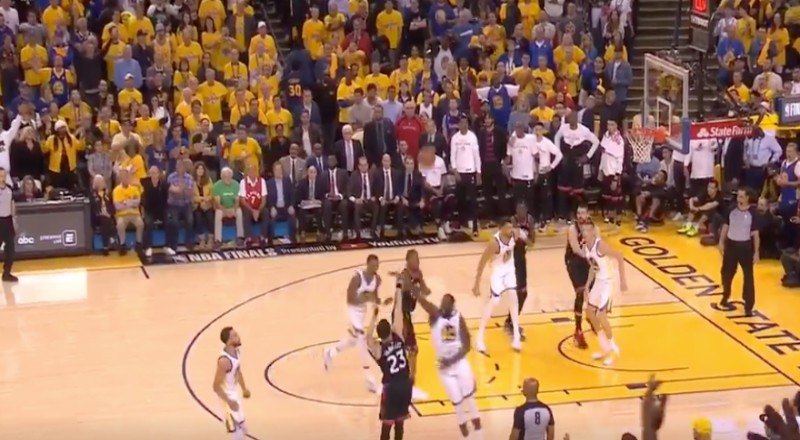 Ever since Fred VanVleet became a new father, he’s been playing like he’s Jordan. Him and Siakam have seemingly become unsung heroes always coming through with clutch performances for the Raptors.

Just as the game was closing out, VanVleet hit an incredible dagger three pointer after catching a tough pass from Leonard.

Kawhi Leonard finds Fred VanVleet for a tossed up 3 to beat the shot clock! 😳 pic.twitter.com/yS7gF7IWDT

The shot was nothing but miraculous as he made it from way behind the arc, contested as well.

Fans on twitter couldn’t even believe the crazy shot VanVleet had put up. He’s been a very clutch player throughout the entire game, ending with 11 points, and 3 steals.

More in Articles
Danny Green goes all out with chase down block on Quinn Cook’s shot + has incredible shooting performance with six 3-pointers#NBAFinals #NBAonABC #WetheNorth
Gervonta Davis shades Ari, after video goes viral of her twerking on a yacht, with slick tweet, quoting lyrics about not being bothered about someone hitting his ex [PHOTO + VIDEO]