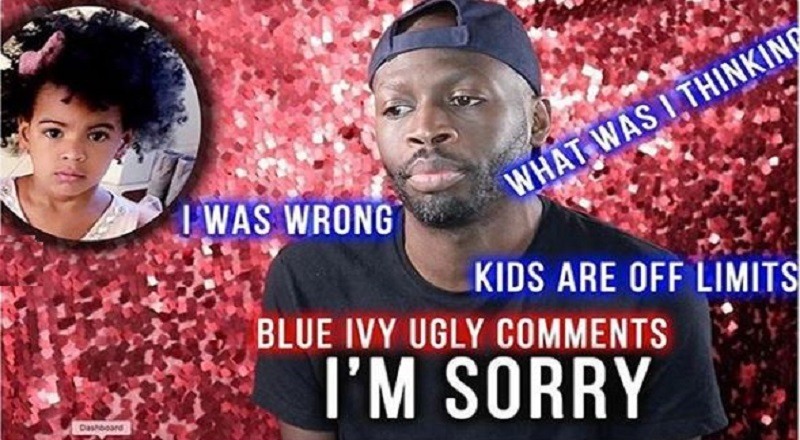 Yesterday, Funky Dineva returned with yet another video. This time, he was going in on The Carters, Jay-Z and Beyonce. For whatever reason, he decided to take aim at their first born, Blue Ivy Carter, calling the little girl “ugly.”

For the obvious reasons, this didn’t sit well with the fans. Even people who weren’t fans of Jay-Z and Beyonce didn’t like what Funky Dineva said. Most people agree that children are off limits, but this wasn’t what he was on, yesterday.

But, the #BeeHive, along with other people upset with his comments, have taken aim. The fans have spent all of yesterday and today dragging Funky Dineva. This has led to him putting a video out, where he apologized to Blue Ivy and her family, admitting children should be off limits.