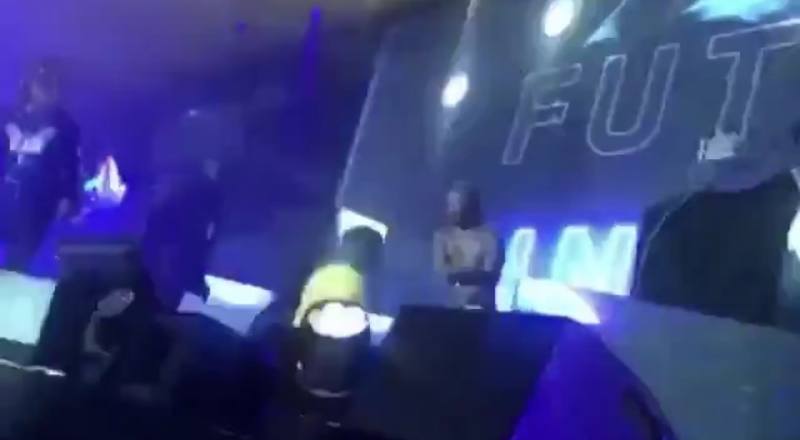 Future has been in Lagos, Nigeria, with Lori Harvey and last night, he had a huge concert at the Eko Convention Centre. One fan got a little too excited though as he ran up on stage while Future was performing.

This man didn’t last long as Future pushed him down while performing and still got back to doing his thing on stage. Security handled things from that point. It’s dope that he didn’t let this heckler distract him for putting on a really good performance.

Fans didn’t seem bothered by the whole ordeal as they continued to hyped as Future was performing “Mask Off.” Flip the pages to see everything go down in Lagos.

Future was about to spark a fan in Lagos… pic.twitter.com/89dlIAEKp9

Continue Reading
You may also like...
Related Topics:future, nigeria

More in Articles
Dretta Starr supported baby daddy, Gervonta Davis, attending his fight, last night, with their daughter, after his split from Ari, his ex-girlfriend [PHOTO]
Jeezy is back on top, with “Put On,” after Denver Broncos rookie, Drew Lock, owns Twitter for rapping the song, word-for-word, going viral in the process [VIDEO]