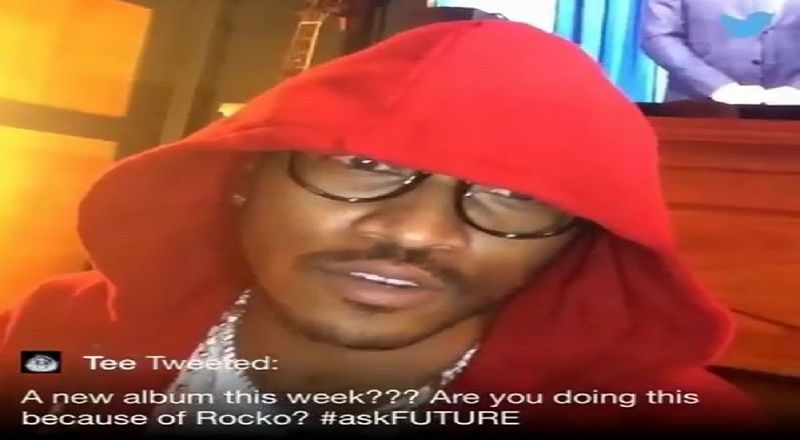 Clearly, Future and Rocko are no longer friends and the A1 Freebandz era is officially over. Even with the lawsuit going on, Rocko is still sharing pics from the day they signed with Epic on his Instagram. He even denounced rumors of him owning all of Future’s royalties.

Obviously, still, Rocko and Future are no longer on the same side. This has been apparent since 2015, when rumors of friction first emerged. In the time since then, Future has been on a tear with his new music, which continues to this day.

Last night, Future did an #AskFuture Q&A via Twitter. There was one fan who asked Future about Rocko. The question was if Future was putting this album out to fulfill his obligations, legally, to Rocko, and Future shut that down, instantly.