Home » Articles » G Herbo and Taina Finally Go Public Just Days After Ari Said He Cheated on Her While She Suffered Postpartum Depression; Fans Aren’t Happy as They Tell Taina “The Same way you get him is how you’ll lose him” [PHOTOS] 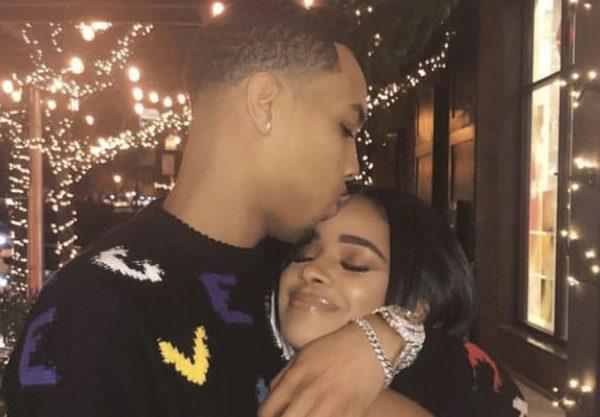 Rapper, G Herbo, and his new girlfriend, Taina Williams have finally went public. Both of them celebrated the new year together and posted pictures of each other hugging and kissing on Instagram. The relationship going public happened just days after G Herbo’s ex, Ari, said he cheated on her, with Taina, while she was suffering from postpartum depression.

Fans are not here for G Herbo and Taina finally admitting that they’re a couple. One fan wrote “same way you got ya n*gga shall be the same way you lose him.” Another fan wrote and said “ok Alicia Keys.”

What y’all think about G Herbo and Taina going public?

More in Articles
Chrissy Teigen takes the first L of 2019, gets hit in the face by an umbrella #NBCNYE [VIDEO]
Yikes! Tiffany Haddish Shows #SheNotReady With NYE Comedy Show