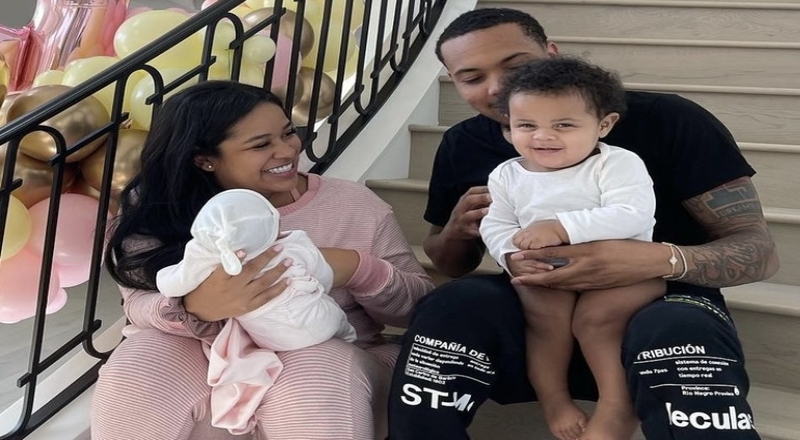 G Herbo and Taina Williams have definitely been growing their family, together. They welcomes their first child together in early 2021. On Christmas Eve of that year, the two went on to announce that their daughter is also on the way.

Last month, Herbo and Taina also went on to hold a pink-themed baby shower, in honor of preparing to welcome their baby girl into the world. Pink balloons and flowers were shown, as Taina had a pink dress, and Herbo had a pink suit on.

Now, Taina and Herbo have confirmed that their baby girl is now here. The two revealed on Instagram that Emmy Love Wright was born on May 17. She is 7 pounds, 5 oz, and 19.5 inches. Herbo and Taina posted photos of the two holding their children, while sitting on a staircase, with pink and yellow balloons in the background. They also had “It’s a girl” spelled out.

Herbo and Taina have been a couple since 2018. Many also know Taina has the stepdaughter of Fabolous, who has since approved of Herbo being part of the family. Fab even gifted Herb a “The Family” chain, back in 2020.

Check out photos of Taina Williams and G Herbo with their two children, below.