Home » Hip Hop News » G Herbo has gotten Taina Williams pregnant and is expecting his second child, according to Twitter 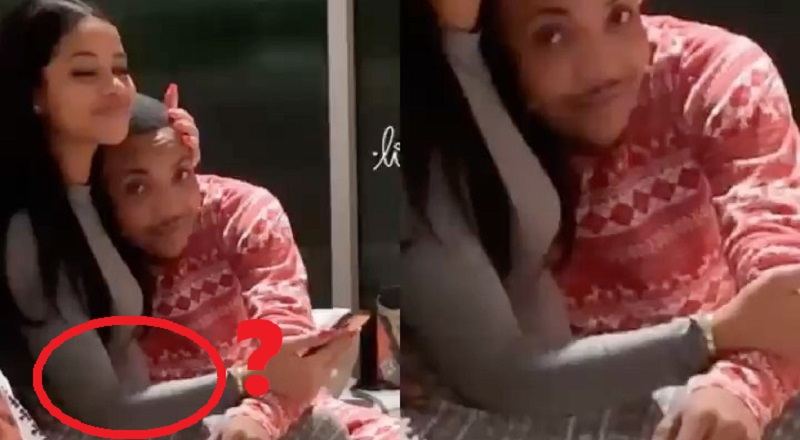 Last year, G Herbo and Ari abruptly split up, with Ari blasting her baby daddy, accusing him of cheating. The woman he allegedly cheated with was Taina Williams. She happens to be Fabolous’ step-daughter, as her mother is Emily Bustamante, formerly of “Love & Hip Hop.”

Eventually, G Herbo did reveal Taina was his girlfriend, but the two moved on into a happy, drama-free, life. Quickly, Taina bonded with his son, Ari’s son. Meanwhile, she has found herself associated with a few well-known figures, Gervonta Davis most-prominently.

G Herbo is now the subject of rumors, on Twitter, along with Taina. The word on the street is that Taina Williams is pregnant. On Twitter, fans are pointing out the above photo, saying Taina looks bloated, and sparking rumors of her being pregnant with Herb’s second child.

Read the tweets about Taina below:

More in Hip Hop News
Rich The Kid Proposes To Girlfriend and Baby Mama, Tori Brixx; Social Media Frowns On It As They Don’t Approve of The Proposal and Don’t Know if Brixx Really Said Yes [VIDEO]
Summer Walker pole dancing video goes viral, on Twitter, and the caption asks “What can’t Summer Walker do?” ; Fans reply “accept an award,” “talk to her fans in public,” “perform at her concerts,” “shower,” etc., giving her an epic dragging