Home » Hip Hop News » Gervonta Davis shades Ari, after video goes viral of her twerking on a yacht, with slick tweet, quoting lyrics about not being bothered about someone hitting his ex [PHOTO + VIDEO] 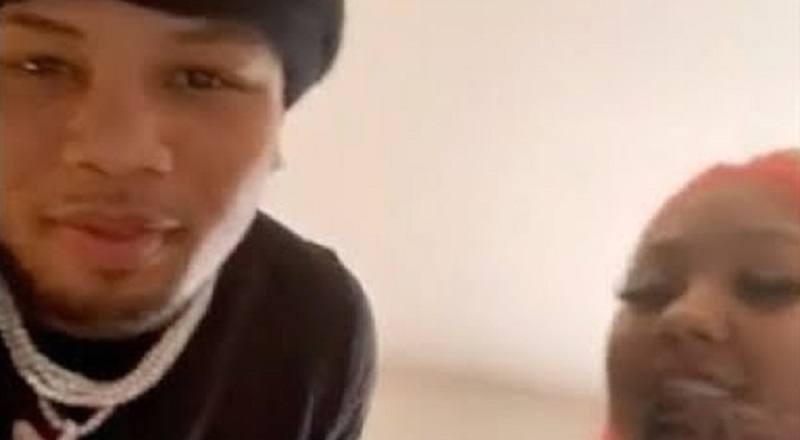 Towards the end of 2018, social media’s favorite couple, G Herbo and Ari Fletcher, appeared to be on the outs. Rumors had it that he was involved with Fabolous’ stepdaughter, Taina Williams. The rumors ended up being true.

Ari was single, for a little bit, flirting with Young M.A, before getting involved with Gervonta Davis. Fans viewed Gervonta as a major step up, but he has proven to also have flaws. He seemingly broke up with her, due to Ari and G Herbo hosting their son’s birthday party together.

Gervonta Davis and Ari have broken up, again, and appear to be officially done, this time. Celebrating the single life, Ari shared a video of herself twerking on a yacht. Apparently, Gervonta saw this video, as he put out a tweet, quoting rap lyrics, about not being bothered about anyone hitting his ex.

Watch the video of Ari twerking below:

More in Hip Hop News
Fred VanVleet hits the Warriors where it hurts with ridiculous buzzer beating circus 3 point shot in closing minutes of #Game3. Ouch. #NBAFinals #NBAonABC #WetheNorth [VIDEO]
Beyoncé and Jay-Z were spotted at Warriors/Raptors #NBAFinals game, where woman tried talking to Jay-Z, but Bey ignored her, and the #BeyHive found her IG and swarmed her comments [PHOTOS + VIDEO]