Home » Hip Hop News » Gillie Da Kid gets harassed by a Texas cop, who asked to search his bag, because he “smelled like marijuana” [VIDEO] 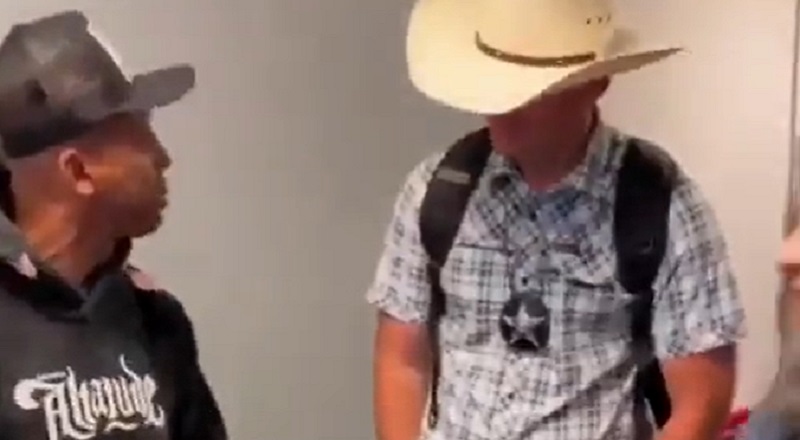 Gillie Da Kid gets harassed by Texas cop at airport

Gillie Da Kid, rather Gillie Da King, is a legend for more reasons than one. In the rap game, Gillie rose to fame as the leader of Major Figgas. After that, he enjoyed another run as a ghostwriter. Speaking out about that time led to Gillie’s current run as a successful podcaster. The success of “Million Dollaz Worth of Game” led to Gillie and Wallo securing a $100 million deal with Barstool Sports.

Gillie Da King has always played the game by his own rules. No matter the situation, Gillie has never been afraid to be himself. After all, this is what led to him jumping into the media game. Seeing so many people having authentic conversations, Gillie decided to do the same. So, he brought his cousin, Wallo, in and they created a solid brand. Last month, they secured the $100 million deal, which has definitely given them a major boost in their net worth.

Gillie Da King was recently on a flight and it stopped in Texas. Here is where Gillie encountered a police officer who stopped him, asking to search his bag. Despite not having a warrant, the officer told Gillie that he was well within his rights to search his bag. As a result, Gillie went through his own bag to show the officer he had nothing to hide. During this exchange, the officer said that Gillie smelled like marijuana. In turn, Gillie went off on the cop, saying he was probably the richest person on the flight.

Gillie Da Kid gets harassed by Texas cop at airport