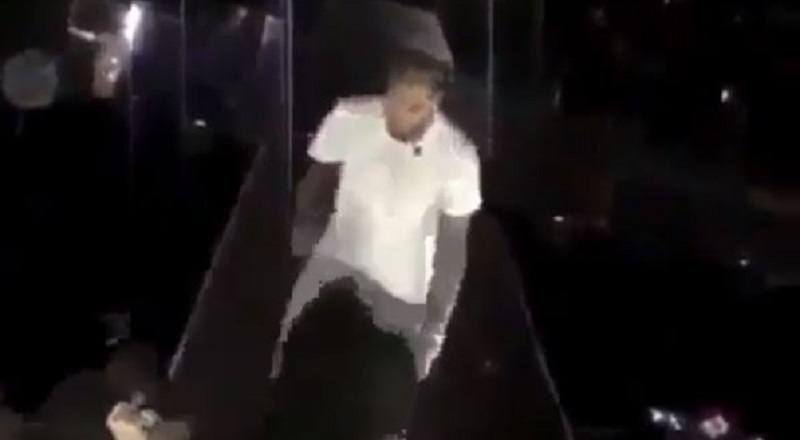 Currently, Chris Brown is on tour and he’s making his comeback to the game. The singer has lived out in Los Angeles for the past few years, where he’s reinvented his music career. With his tour, Chris Brown is working on his latest album.

Chris Brown is putting forth a big effort to remove himself from the past issues that had his reputation plagued. Since then, Chris Brown has seen a lot of controversy tied to him, not necessarily him. Major case and point is his current situation.

Last night, Chris Brown performed a show and a girl jumped on stage with him. While he was performing, she climbed up with him, and tried to touch him. Security wasn’t having that and they snatched her all the way down off the stage, quickly.