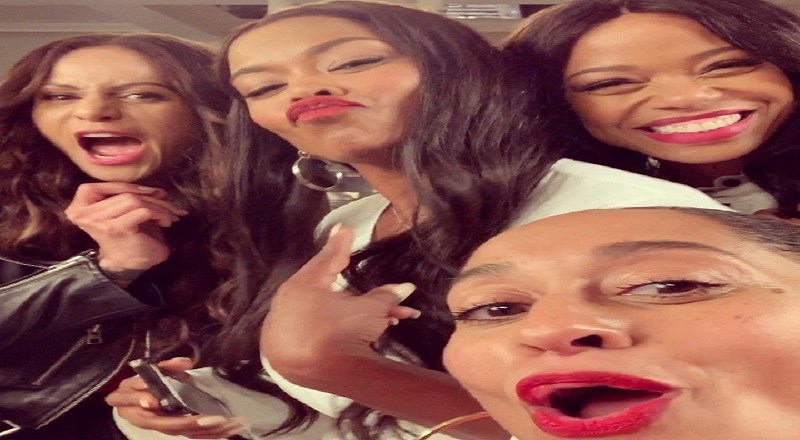 Many shows lived on the UPN network, a network the mainstream world barely knew existed. However, the channel was home to many classics. The reruns of those shows keep a lot of cable channels in business, right now.

“Girlfriends” wound up becoming the biggest show from the network, as it survived two seasons on The CW. The cancellation of “Girlfriends” sparked major outrage and protest. But, Tracee Ellis Ross’ star rose, allowing her to star in “black-ish,” on ABC.

Fans of “Girlfriends” mostly agree that The CW seasons took the heart and soul out of the show. These fans have wanted either a movie, or a reunion show, to resolve the show, with Jill Marie Jones back. While that still may never happen, Tracee Ellis Ross managed to get her, Persia White, and Golden Brooks on for a “black-ish” episode, where they take on feminist issues.

More in Hip Hop News
Mac Miller Leaves Behind 7 Million Dollar In Property Including Jewelry, Furniture And Music
Erica Mena gets confronted by Nicki Minaj fans, outside Rihanna’s Diamond Ball, who harass her, repeatedly telling her she’s one of Nicki’s Barbz #DiamondBall [VIDEO]