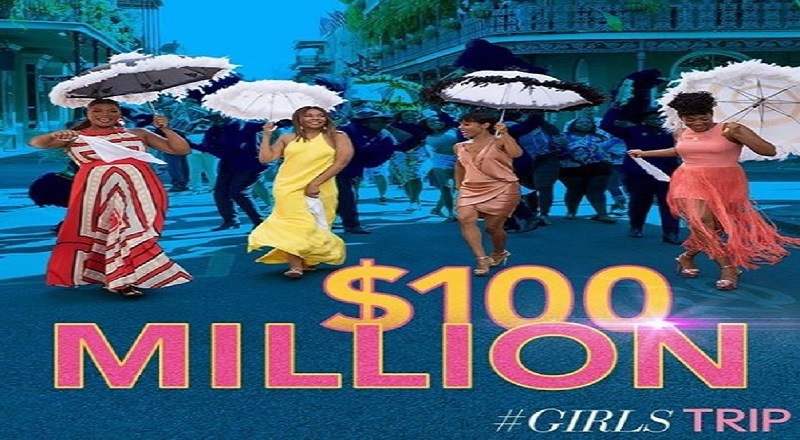 The summer of 2017 was big for movies, as there were plenty of memorable films to debut. At the top of this list was Girls’ Trip, starring Queen Latifah, Jada Pinkett Smith, Regina Hall, and Tiffany Haddish. It’s clear the ladies had fun making that movie.

Girls’ Trip follows for fortysomething ladies, as they go on a vacation to have a good time. Each of them is going through something different in their lives. They have come together to unleash those stresses and to have fun, which that mission was accomplished.

A few days ago, it was reported that Girls Trip grossed $100 million in ticket sales. Now, the Queen Latifah-led project has surpassed that mark, making it the highest-grossing African-American produced film in history. This continues a massive year for Queen Latifah, as “Star” returns in a little under four weeks.

More in Hip Hop News
Jay-Z returns to the stage, performing #444 tracks for the first time, when Rihanna brings him out [VIDEO]
Niatia (Lil Mama) on defending Chris Brown, being a meme, and her new journey on Hot 97 [VIDEO]