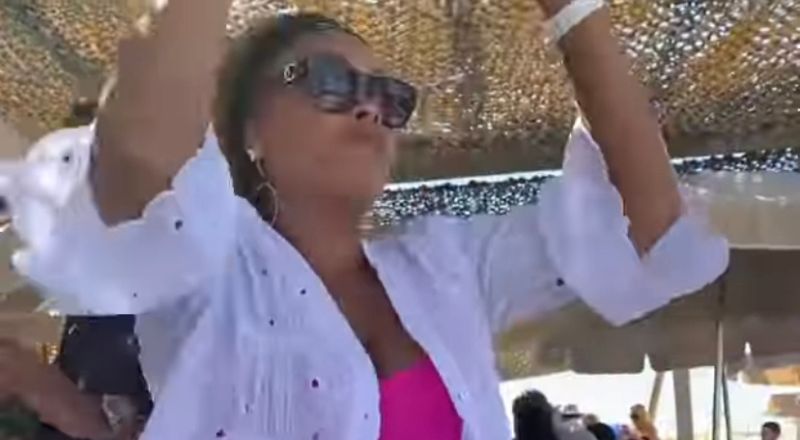 Giselle Bryant from #RHOP turns up dancing at party in Cannes, France [VIDEO]

Giselle Bryant is enjoying her self to the fullest while out in France. Giselle stands up as she dances at the table in a recent video clip. Via Instagram, she posted pictures of her and her daughters enjoying a vacation out of the country. Fans immediately commented on the post letting Giselle know she is the life of the party.

Giselle Bryant is a business woman and reality superstar. Making her way to fame on the Bravo show Real Housewives of Potomac, Giselle quickly became a fan favorite in the series. As a leading cast member, Giselle gained a massive following online and in the influencer world. In 2016 she founded her beauty business Every Hue Beauty, proving to be a huge success.

Although Giselle’s business made it to major retailer shelves like Target, the business shut down due to Covid. Since then, Giselle has continued influencing women and make up brands all over. Giselle is very vocal on the show when discussing her personal life and issues she deals with. Her vulnerability led to a podcast co-hosted by her called Reasonably Shady . New episodes of Real Housewives of Potomac air on the Bravo Channel Thursdays nights.

Giselle Bryant from #RHOP turns up dancing at party in Cannes, France [VIDEO]

More in Hip Hop News
Megan Thee Stallion is planning to have 18 songs, on upcoming album
Angela Yee announces she is leaving “The Breakfast Club” for her new show, “Way Up With Angela Yee” [VIDEO]