Home » Hip Hop News » Give Me That: Webbie hangs out with Snootie Wild and Wankaego [PHOTO] 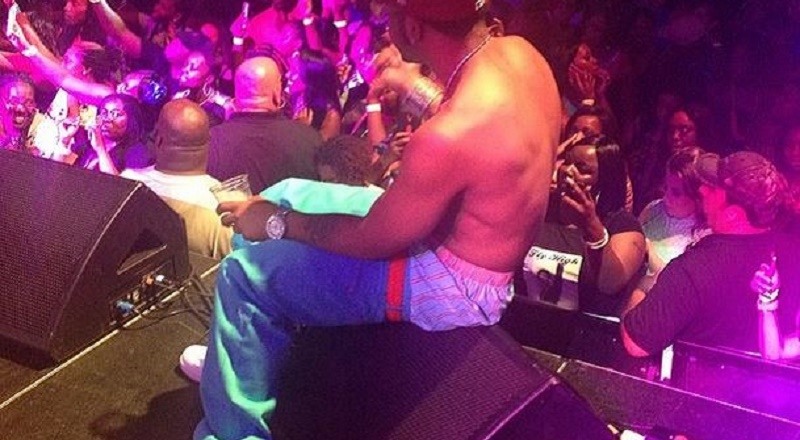 During the mid-2000s, there was an explosion of the hip hop in the Deep South. The hip hop scenes to explode were Houston and Baton Rouge. This led to Webbie and the whole roster of Trill Entertainment blowing up. Mainstream success was not lasting for Webbie and company, but they remained forces in the game.

In the case of Webbie and his affiliates, they found tremendous amounts of success through their mixtape releases. Mixtapes have kept Webbie among the most-buzzing rappers in the game with his music releases. Another mixtape rapper who has gained prominence in recent years is Snootie Wild, from Memphis.

Recently, Webbie was in Atlanta at a Hot 107.9 event and he ran into some forces. He was there, hanging out with Snootie Wild, and also Wankaego. She has appeared in several mixtape music videos and has since branched out to begin making music on her own with these people in it.