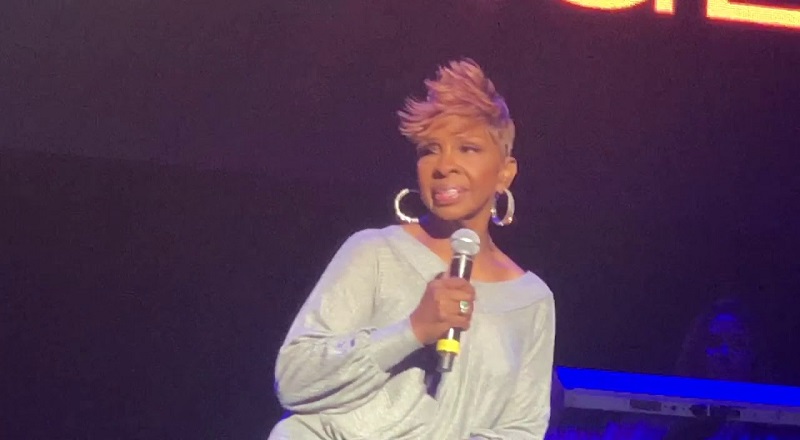 This year, the NBA season continues to be different from the other seasons. During this time, last year, the whole world began a shutdown, due to COVID-19. The shutdown led to the NBA season halting, until August.

Ultimately, the Lakers won the championship, in six games, over the Miami Heat. While this season saw teams going back into arenas, fans still haven’t all been allowed to go back into games. This means All-Star Weekend is different.

Gladys Knight is tapped to be at the top of the NBA All-Star 2021 performers, as she’s performing the National Anthem, on March 7, at the State Farm Arena, in Atlanta. Instead of the halftime show, the Slam Dunk contest will take place, in its stead, with Knight doing the anthem. The other performers include Alessia Cara and the HBCU musical groups, as Cara will sing the Canadian National Anthem.

Additionally, Clark Atlanta University Philharmonic Society Choir will sing “Lift Every Voice and Sing,” from an iconic on-campus location. Meanwhile, Grambling State University Tiger Marching Band and Florida A&M University Marching 100 will play during NBA All-Star player introductions from their respective historical campuses. Along with this, members of the Divine Nine fraternities and sororities, a prestigious group of nine historically Black Greek letter organizations, will introduce Atlanta’s most reputable step teams from Spelman College and Morehouse College, through the duration of the game.

More in Hip Hop News
Keyshia Cole shares pic of herself, at the dentist, on IG Story, says she’s considering opening her gap back up [PHOTO]
Tory Lanez’s R&B “Playboy” Album To Be Released on March 5