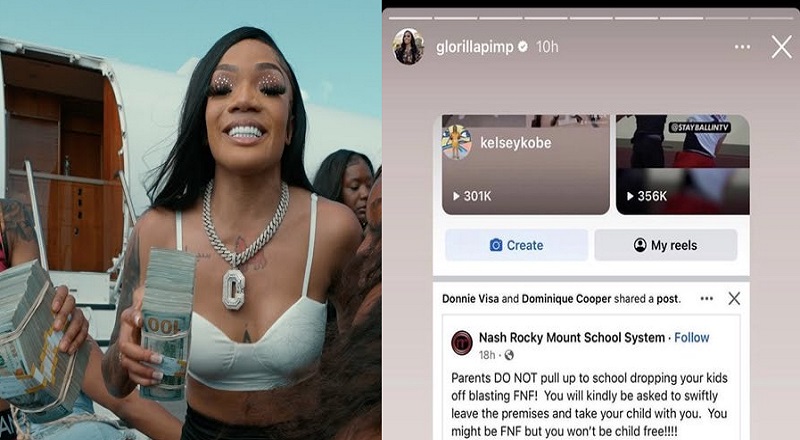 Glorilla adds to the domination Memphis has had on the rap game, over the past decade. Early this year, Glorilla broke through with her “FnF” single. After that, Yo Gotti signed Glorilla to a lucrative deal with CMG. Now, Glorilla has the machine behind her that is propelling her into superstardom.

Glorilla took over the game, coming at a time when no one saw her coming. At the same time, Glorilla continues the trend of the past decade. Since the 2010s, women have increasingly dominated hip hop. Adding Glorilla to this list is a welcomed change, from when there was only one or two women dominating hip hop, at the same time, prior.

Glorilla is having the kind of cultural impact that no other artist is having, right now. Over the summer, Glorilla’s “FnF” emerged as a major hit. As a result, “FnF” has been everywhere. The song was even noticed by the city of Rocky Mount, in North Carolina. In response to “FnF,” the Nash County / Rocky Mount School System released a statement via Facebook. The statement told parents that anyone playing “FnF” would be asked to leave the premises of their schools. In turn, Glorilla shared their Facebook post on her IG Story, laughing and asking what this is all about.

More in Hip Hop News
RIP Gawd Triller: Twitter reacts to devastating news of 2K gamer’s passing
DJ Khaled’s “God Did” is on its way to becoming his second straight number one album