Home » Hip Hop News » Golden State Warriors will have some of their nationally televised games moved off the schedule, as NBA’s TV ratings are down, and Warriors’ losses mount 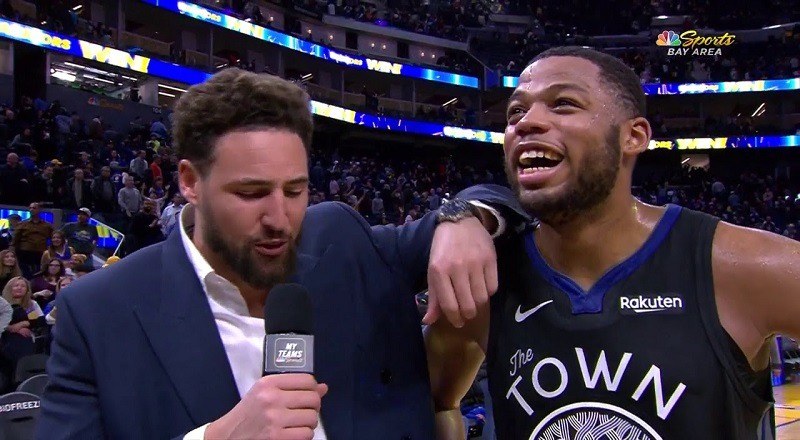 Bandwagon fans will say the Golden State Warriors’ five year run (2014-2019) came out of nowhere. Actual fans will point out how they showed plenty of fight, during the 2012 lockout season. Even back then, the Warriors were giving LeBron’s Heat the business.

Eventually, the Warriors would play LeBron’s Cavs annually, only losing the championship once, controversially, in 2016 to them. Overall, they compiled a 15-7 record over them, in the Finals. Then, last year, they went down 4-2 to the Toronto Raptors, led by Kawhi Leonard.

During this past offseason, the Warriors lost Kevin Durant to free agency, signing with the Brooklyn Nets. That, plus the Lakers adding Anthony Davis and the Clippers adding Kawhi and Paul George had some saying the Warriors would struggle to have a home court playoff first round. Then, Klay Thompson went down with injury, followed by Steph Curry.

Currently, the Warriors are led by Draymond Green and, last night, the Warriors were lit up by Devonte’ Graham, as the Charlotte Hornets swept the season series with Golden State. On top of those struggles, the NBA has added insult to injury, opting to remove some of the Warriors’ games from the national TV schedule. This is due to ratings being down and the Warriors losing.

Likely, this will lead to more broadcasts of the likes of the Milwaukee Bucks, led by Giannis Antetokounmpo, the Dallas Mavericks, led by Luka Doncic, Aaron Gordon’s Orlando Magic, Carmelo Anthony’s new team, the Portland Trail Blazers, led by Damian Lillard, and obviously more of the Lakers and Clippers.