Home » Articles » Goldlink Pens Open Letter to Mac Miller Discussing How They Didn’t Get Along and How Mac Copied His Style of Music; Anderson .Paak Bashes Goldlink For Coming at a Dead Man Who Can’t Respond to These Claims 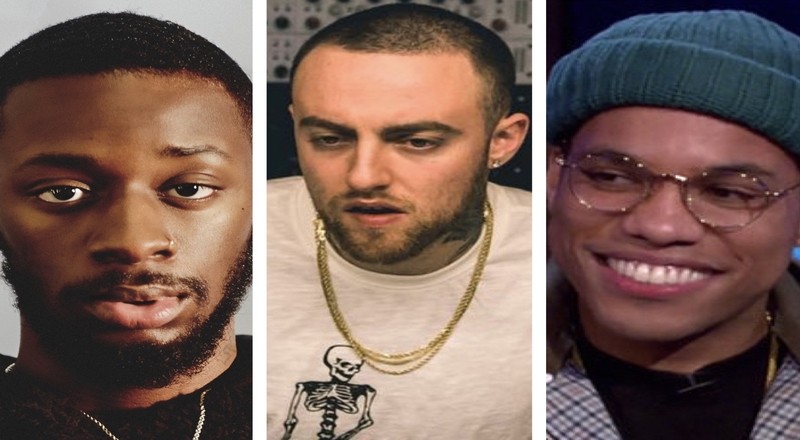 It’s been 14 months since Mac Miller passed away and the hip-hop community is definitely still grieving. DMV rapper, Goldlink, had a lot to say about Mac today in an open letter on Instagram.

It seemed as if Goldlink was trying to pay homage but then started to sound really disrespectful when he said the two weren’t on the best terms and how Mac copied the sounds of His ‘And After That, We Didn’t Talk’ album. The Mac album he was referring to was 2016’s ‘The Divine Feminine.’

“I always thought you drove yourself insane about your own music. So much that, you would adopt styles as homage to those around you that you loved. That’s where our problem started.”

Goldlink added that he tried to contact Mac about the situation but never got a response. One record he pointed out in particular was Mac’s ‘Dang!’ single featuring Anderson .Paak. Paak addressed these comments in a since-deleted IG post and felt that Goldlink was disrespectful and how it’s foul that he’s doing this knowing that Mac can’t reply.

“Why would you do it? I can’t even understand it. Maybe your belt was wrapped around your gotdamn waist too tight or maybe it was the choker cutting the circulation off to the brain, but since you felt it necessary to bring me up twice and my boy ain’t here to respond, Ima say it like this. You ain’t the first to make an album inspired by a relationship, you ain’t the first to make a song featuring Anderson .Paak. But you are the first to disrespect my friend who is no longer here for absolutely no reason and I can’t stand for that.”

Paak is definitely right. You can’t bash a dead man who can’t defend himself from these claims. It’s all crazy because Goldlink toured with Mac back when Mac released his ‘GO:OD AM‘ album. Check out Goldlink’s IG post below.

More in Articles
Kim Kardashian gets dragged by Twitter over asking fans to donate to a fan’s fundraiser for his medical expenses, as people tell her to pay it all, since she’s rich
Yung Miami owns Twitter with photos of baby Summer, as fans say the baby is pretty, beautiful, and adorable, giving the ladies baby fever out here, but those filters…