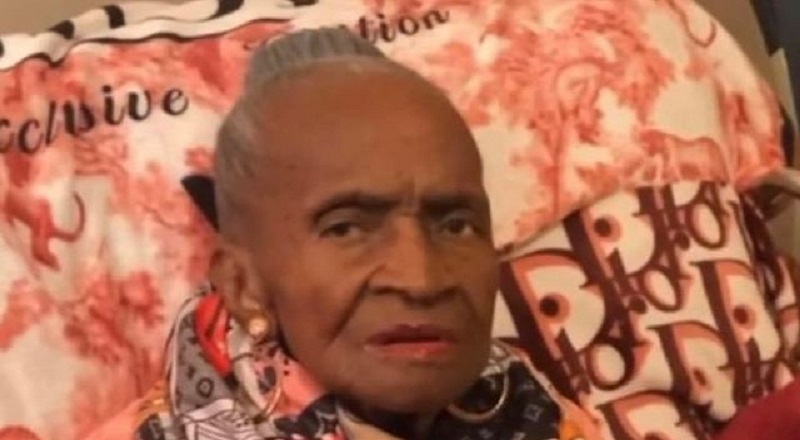 Grandma Holla passes away at 97 years of age

Grandma Holla was the unlikeliest breakout star of 2022. In the height of her run, the world discovered she was battling a fatal illness. During the summer, Grandma Holla faced rumors of her passing. The news sent shockwaves throughout the world of social media. Last year, regular fans, and the celebrities, helped turn Grandma Holla into a star. Unfortunately, the news of Grandma Holla’s passing was not exaggerated, this time.

Grandma Holla took a turn for the worst, at the end of last week. When the news surfaced, there were rumors that she passed away. At the time, the family confirmed Grandma Holla was alive, but asked for privacy and prayers. Early in the morning of January 15, 2023, there are reports that Grandma Holla has indeed passed. This news is being reported by several blogs, but confirmed by Holla’s actual granddaughter.

Grandma Holla was 97-years-old, when she rose to fame. She had countless viral clips, where she was talking dirty. Not only did many of these clips go viral, but they also caught the attention of celebrities. As a result, they reposted many of her clips on their profiles. In turn, Grandma Holla built an even larger audience who will all miss her. Living to be 97 is a blessing and Grandma Holla, whose real name is Helen Davis, will be missed.

Source: Zee With The Tea

Grandma Holla passes away at 97 years of age

Continue Reading
You may also like...
Related Topics:featured, grandma holla