Home » Hip Hop News » Grandma Holla is still alive, despite the rumors, as her daughter said she is up and eating cereal 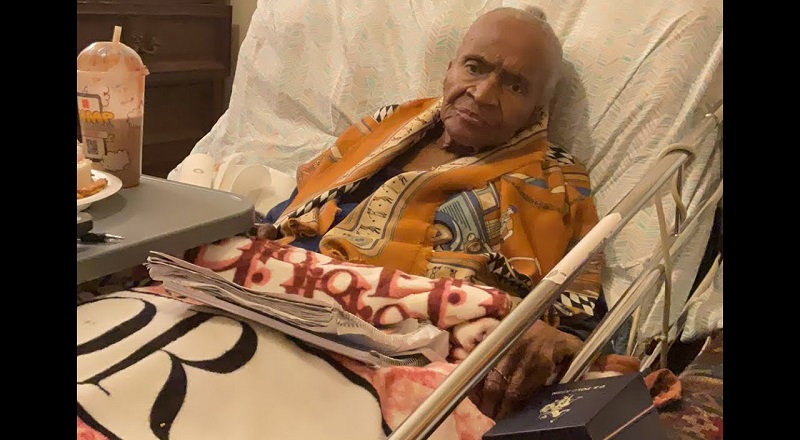 Grandma Holla is still alive despite reports of her passing

Grandma Holla has been the sensation that has taken over the internet. An older lady, Grandma Holla has lived a full life. Last year, her videos began going viral online. In these videos, Grandma Holla speaks in an explicit nature. She offers a wide range of advice, telling it in a funny, plain, nature.

Grandma Holla gained so much popularity that her videos wound up being shared by celebrities. Earlier this summer, Toni Braxton shared on of her videos. As a result, Grandma Holla earned millions of new fans. After that, there were reports of Grandma Holla being hospitalized. Most fans learned, then, that she was suffering from terminal cancer.

Grandma Holla began trending on social media, this morning. According to reports, Grandma Holla passed away. These reports left people saddened, as they flooded Facebook, Instagram, and Twitter to offer their sympathies. However, there were some who were skeptical about whether the reports of Grandma Holla were actually true. Seeing all of the comments about Grandma Holla, her daughter spoke out. She calmed the hearts and minds of all of Grandma Holla’s fans, telling them she is still alive, and eating her cereal.

Grandma Holla is still alive despite reports of her passing