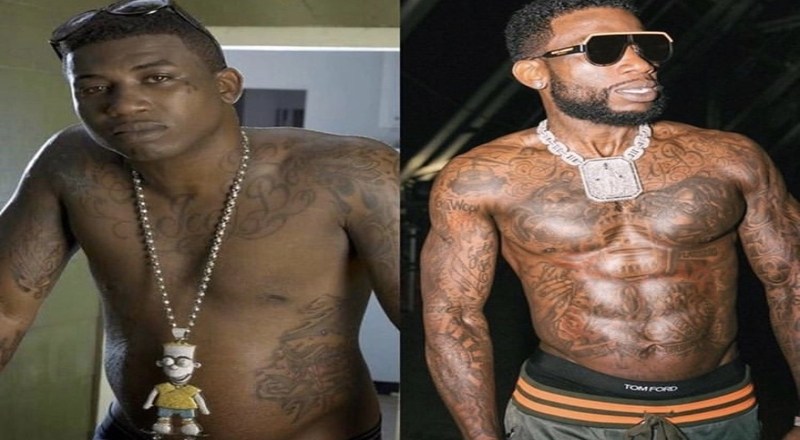 At one point, we remember when Jeezy and Gucci Mane were actually cool together and didn’t have any issues with each other  15 years ago. In 2005, Jeezy appeared on Gucci’s breakout hit single “Icy,” which also featured Jeezy’s good friend, Boo Rossini. There ended up being different issues with this record though despite its success. Among them were that Rossini was taken off of it and Jeezy wanted Icy to be his song too. That same year, Jeezy appeared on Gucci’s “Black Tee” remix that also had Bun B, Lil Scrappy, Killer Mike, and Jody Breeze.

Jeezy and Gucci slowly started to not have a good relationship and this resulted in Jeezy setting up a home invasion. Gucci was forced to defend himself and ended up shooting and killing one of Jeezy’s friends. The two almost buried a beef after a phone call with DJ Drama in 2009 but that didn’t help much and neither did Gucci appearing on Jeezy’s “Trap Or Die 2” remix from 2010. This beef was highly detailed in his ‘The Autobiography of Gucci Mane’ which was released in 2017 as well.

Gucci also released the diss track “The Truth” in 2012 as the old Gucci was still stuck in his ways. Many thought that Gucci was over this beef after getting out in prison after almost four years in 2016 though. It appears not though as he just took to Instagram to troll Jeezy by posting a video of a man doing a skit of him apparently trying to be Gucci and defending himself in 2005 in that shootout.

Continue Reading
You may also like...
Related Topics:gucci mane, jeezy

More in Hip Hop News
Twitter Goes In On Teddy Riley For Having Horrible Sound Issues During IG Live Battle with Babyface; The Battle Gets Postponed [VIDEO]
Pop Smoke’s Hit Single “Dior” Goes Platinum on Two-Month Anniversary of His Death