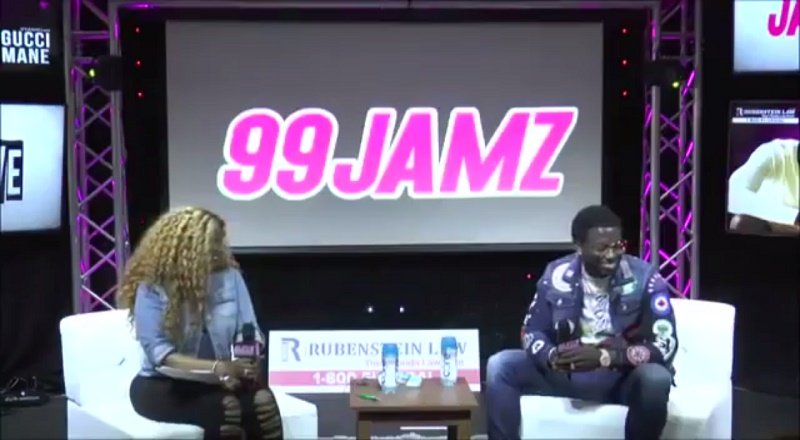 Last year, Gucci Mane was released from prison after three years behind bars. When he went to prison, Gucci Mane was almost shamed out of the industry. Through the year of 2013, Gucci Mane seemed like he was going through some kind of mental breakdown.

Early in 2013, Gucci Mane got into a Twitter beef with Waka Flocka and kicked him out of Brick Squad. Later that year, Gucci ended up taking shots at Rocko, T.I., Rick Ross, Tyga, and Nicki Minaj. Then, finally, he got into a fight at the mall.

Gucci Mane came out of prison as a new man and immediately took the game over. While he isn’t having the same type of year as Future or DJ Khaled, Gucci Mane is definitely out here making things happen. When he sat down with Supa Cindy at 99 Jamz in Miami, Gucci Mane was asked if he could make another collaboration with Young Jeezy happen, but he was mum.