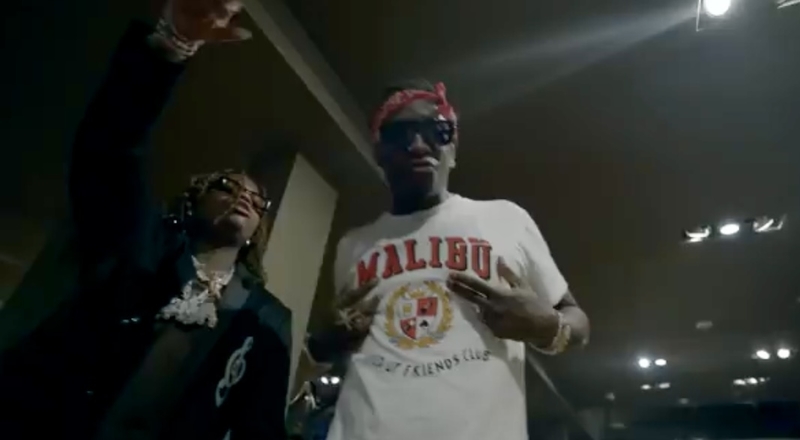 Gunna and Young Thug part of 56-count indictment in Atlanta

In 2022, Gunna and Young Thug continue to prove that they’re two of the hottest artists in the industry. Both are under the same Young Stoner Life record label, and have scored three total number one albums, over the past year. Gunna topped the Billboard 200 chart with his “DS4EVER” album, in January, That project also contained the hit record, “Pushin P,” featuring Young Thug and Future. Thug reached number one with “Punk” in October 2021, and their YSL “Slime Language 2” reached this position, last summer.

Now, Thug and Gunna are in some serious legal woes. According to Michael Seiden of WSB-TV, the two are among 28 defendants charged in 56 count indictment in Fulton County, in Atlanta. They are all part of Thug’s YSL gang. They were all brought in on charges of conspiring to violate the RICO Act, murder, armed robbery , participation in criminal street gang activity.

Also, Thug also reportedly rented a 2014 Infiniti Q50 sedan from  Hertz. This vehicle was allegedly used in the commission of the murder of Donovan Thomas, Jr., who was a rival gang member. That incident reportedly occurred way back on January 10, 2015.

Gunna and Young Thug part of 56-count indictment in Atlanta

More in Hip Hop News
Drake gets crossed up by a girl playing basketball [VIDEO]
Young Thug’s YSL associates allegedly worked to get permission from Thug, to make a second attempt, at trying to murder YFN Lucci in jail, as revealed in new 56-count indictment of Thug, Gunna, and YSL gang