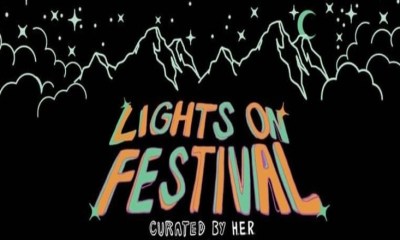 H.E.R. has continued to prove this year, why she’s one of the most dominant artists in the world, all while at the age of 24. She secured two Grammy wins in March, and in April, went on to take home an Oscar award for “Fight For You,” which was nominated for Best Original Song.

Last week, the R&B star also finally delivered her debut studio album, “Back Of My Mind.” That went on to debut at number six on the Billboard 200 chart, and was led by singles such as “Damage,” “Come Through” feat. Chris Brown, and 2019’s “Slide” feat. YG.

H.E.R. is now announcing the “Lights On Festival,” which is curated by herself. She will be taking the stage in Concord, CA from September 18-19. Additional performances include R&B stars such as Erykah Badu, Bryson Tiller, Ari Lennox, Ty Dolla $ign, Keyshia Cole, Lucky Daye, and more. The venue holding the festival that weekend is the Concord Pavillion.

Tickets for the Lights On Festival will go on sale on June 28, at 10AM PT. More information regarding ticket sales can be found on LightsOnFest.com.

Check out the full lineup for the Lights On Festival below.

Continue Reading
You may also like...
Related Topics:featured, h.e.r.