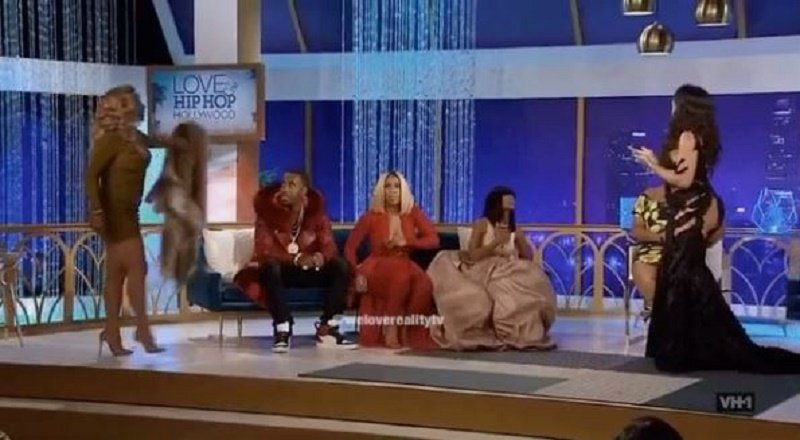 To prove this, Yung Berg began dating Masika, officially ending her friendship with Hazel-E. After the fight Masika and Yung Berg had, she moved on with Fetty Wap, having a child together. Then, Hazel-E allegedly did a song with Fetty, but there are doubts.

Masika’s making fun of this song led to Hazel-E’s late return to the show, where she reignited her feud with Masika. This carried over to the reunion show, where Hazel-E confronted Masika, again. Once again, the “Love & Hip Hop” fans show nothing but disrespect to Hazel for her pure existence, cold world.

Read the tweets about Hazel-E and Masika below:

More in Hip Hop News
Gianna Michaels will headline Vivid Gentlemen’s Club in Houston, later this week
#LHHH fans accuse Safaree of doing too much, as his cockiness takes over when talk about the love triangle with him, Miss Nikkii Baby, and Rosa Acosta heat up #LHHReunion