Home » Hip Hop News » Hazel-E gets roasted on Twitter for waist trainer promo, which displayed some of her worst attributes [VIDEO] 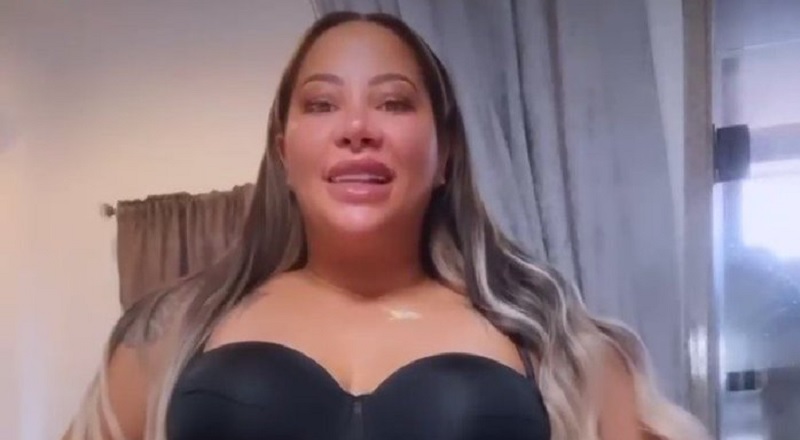 Hazel-E gets roasted for her waist trainer promo

Hazel-E rose to fame on “Love & Hip Hop Hollywood.” When she was introduced, she believed she had a strong group of friends, and a loving boyfriend. In actuality, Hitmaka really wasn’t that into her. Aside from that, Hazel-E really didn’t have any friends. Two of her close friends, Masika and Teairra Mari, both hooked up with Hitmaka. With Masika, she went as far as dating him, and rubbing it in Hazel’s face. In the time since then, Hazel-E has not been the same. Sadly, social media has used every opportunity to make fun of her.

Hazel-E found herself being cruelly taunted by people she thought were her friends. None of her ex-friends were more mean to her than Masika. She came with all kinds of hurtful insults. The most common nickname she used for Hazel was “Nasal He.” While a lot of this may have been done for ratings, it was obvious Hazel-E was truly hurt by this. As a result, Hazel became increasingly a “mean girl.” She began flaunting her money, bragging about her men, and making it seem like her life was so much better now.

Hazel-E, unfortunately, has gotten a lot of plastic surgery. During her time on “Love & Hip Hop Hollywood,” her nose was made fun of. In addition, even the guys had their own jokes about Hazel. As a result, she has gotten more plastic surgery done. When she had plastic surgery, Hazel put her life at risk. Thankfully, she survived, as she now has a child. A few days ago, Hazel’s IG Live went viral, where she was promoting a new waist trainer. While Hazel did the promo, people laughed at her new look.

Hazel-E gets roasted for her waist trainer promo

If a ant was a person. pic.twitter.com/tfsJWrP1bY

More in Hip Hop News
Ty Dolla $ign shares new photo of himself hospitalized
Bronx mother reportedly fatally stabbed her two sons, who were both under the age of four years old [VIDEO]