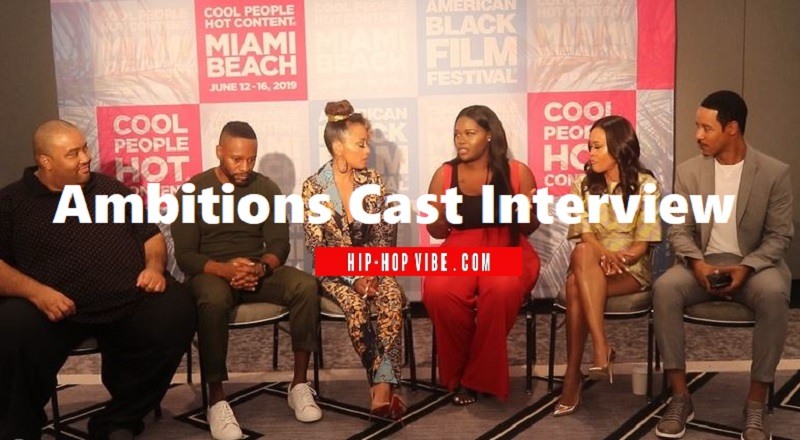 Recently, the OWN network launched “Ambitions,” their new prime time soap opera, produced by Will Packer. The trailer promised an explosive series and t has lived up to it. With the cast, they have someone from every era.

The cast is led by Brian White, Essence Atkins, Robin Givens, and Kendrick Cross. So far, the show is already one of the favorites among fans. These past seven years, viewers have been spoiled by the nighttime soap operas that OWN has to offer.

At the American Black Film Festival, the “Ambitions” cast took time out to talk to Hip-HopVibe.com. The lead cast members, Kendrick Cross, Essence Atkins, Robin Givens, and Brian White discussed their new series. All veterans, they spoke on social media’s impact, the types of roles they play, their characters, and more.