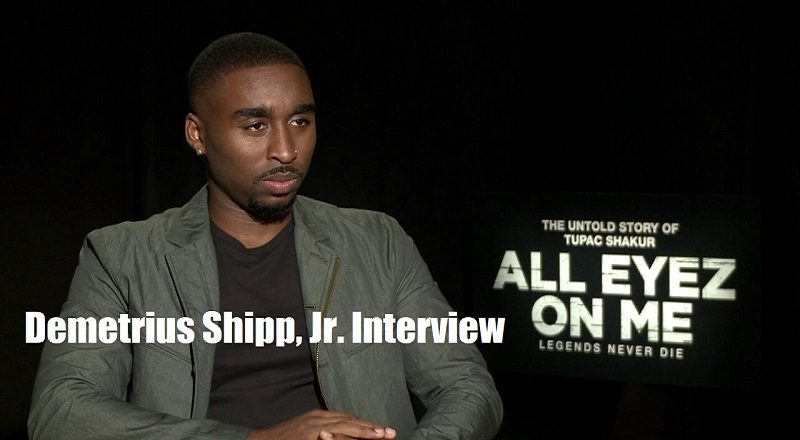 Demetrius Shipp, Jr. portrayed Tupac, thus making him the main character of the movie. A lot of people were blown away with his uncanny resemblance to Tupac Shakur. That, alone, helped draw people to the movie.

During the press junket, Demetrius Shipp, Jr. sat down with @MJThatMediaGurl for an HHV Exclusive interview. The two would talk about Tupac’s influence on hip hop music and the culture, as a whole. Shipp had some interesting takes on how things would have been different had Tupac survived.