Home » Hip Hop News » HHV Exclusive: “Down For Whatever” cast talks new movie on TV One, Kanye West’s “slavery was a choice comment,” and Hosea Chanchez offers a unique take on Kanye’s statement 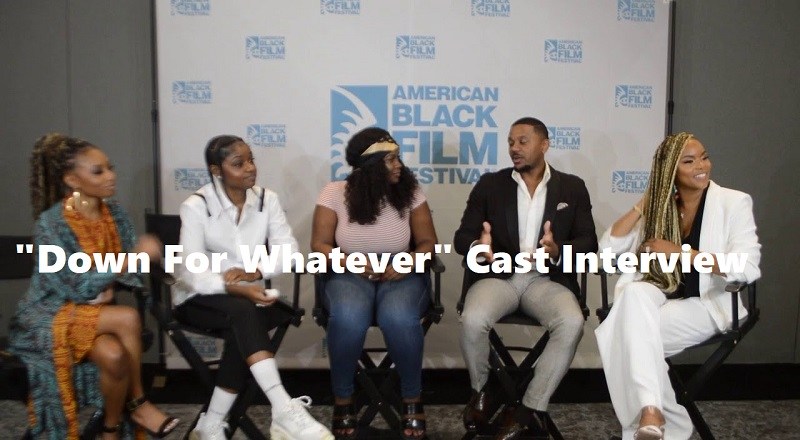 Every summer, TV One delivers a major film, and it is usually met with positive reviews. Back in 2016, there was the Miki Howard biopic, and last year saw the Media film, but the TV series never followed. This year, Down For Whatever is the summer movie.

Starring Hosea Chanchez, LeToya Luckett, Bre-Z, and Imani Hakim, Down For Whatever premieres on July 22. It follows the story of Tracy (Luckett) and her husband, Mike (Chanchez). Mike suffers the loss of a co-worker, only to find Tracy’s sisters (Hakim and Bre-Z) did it.

The Down For Whatever cast recently spoke to Hip-HopVibe.com, at ABFF. During the interview, they spoke on the movie, before the conversation shifted. This topic, Kanye West, was one Imani Hakim and Bre-Z wanted no parts of, but Hosea Chanchez tackled it, head-first, offering a unique point of view.

Continue Reading
You may also like...
Related Topics:abff 2018, alyssa debonair, bre-z, down for whatever, hosea chanchez, imani hakim, letoya luckett, media (tv one film), tv one