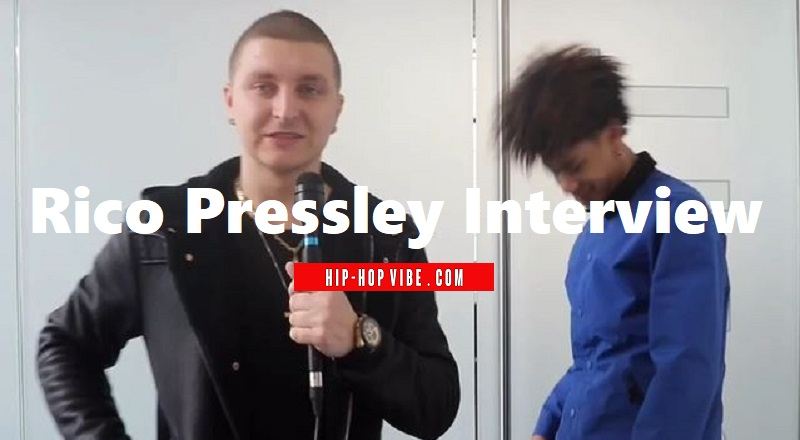 Rico Pressley is Mike WiLL Made-It’s latest artist that he signed to the Ear Drummers roster. He’s been building momentum since 2018 with his “Socialite” and “I.F.W.I.” singles and recently, “Betty Boop” featuring label mate Swae Lee. The 20-year-old has opened on tours for Gucci Mane, Wiz Khalifa, and Juice Wrld, and is preparing for his debut EP “Rico Pressley” set to come out this spring.

I had the chance to sit down with Pressley regarding how him and Mike WiLL’s relationship started and how it eventually grew to him joining Ear Drummers, putting the Betty Boop record with Swae Lee together, growing as an artist by opening up at these tours, and more.

As far as linking with Mike WiLL, it was a very unexpected but exciting experience for Pressley. He said it all began at the Faders studio on the east side of Atlanta.

“I was chillin’ with someone who was my manager at the time just trying to get me in the studio,” said Pressley. “Mike WiLL walked by my session and he heard my music and said I was dope. I didn’t even know it was him. My manager then started telling me ‘That’s Mike WiLL! He’s tryin’ to sign you right now!'”

From that point, Pressley was ready to sign immediately. He said Mike Will, was “cool as f*ck” and they hit it off perfectly. Since signing the deal, they’ve been the best of friends. The vibes are always good as Pressley said that when he’s around Mike Will, he’s always laughing.

Pressley is also picking up momentum on his new single “Betty Boop” featuring fellow label mate Swae Lee. Pressley discussed the process in how that record came about. He said that he recorded the record at a friend’s house and he sent it to Mike Will. Pressley didn’t realize that Swae Lee would be hopping on the track.

“The second hook and verse after that came on and Swae was on it. I instantly knew who it was and I was wondering who did this. I instantly started performing right there and standing on the speakers like it was a live show. Swae Lee was goin’ hard as f*ck on it.”

Pressley has gotten solid experience of performing on tours for Gucci Mane, Wiz Khalifa, and Juice Wrld. I asked how did these shows help benefit him from an artist development standpoint.

“I remember my first show and I was kinda scared. After that, I don’t give a f*ck anymore. I don’t care what anyone looks like anymore. As long as you come out turnt as f*ck, it’s over with.”

Pressley will release his self-titled EP this spring and the production and features are solid. Among the producers are Zete Beats and Mike WiLL Made-It. Features include Swae Lee, Slim Jxmmi, Wiz Khalifa on two songs, and Chief Keef.

Pressley came into the game at a young age and I asked what advice as Mike WiLL given him so far since coming to Ear Drummers that has played a key role in his success so far. Right now, it’s all about simplicity.

“He told me be simple. Other rappers wanna be extra and have all the big music videos and chains. If you a cool ass n*gga and I can f*ck with you, forget everything else.”

Expect Rico Pressley to make a lot of noise in 2019 once the EP drops. Mike WiLL Made-It might’ve just found another secret weapon.

More in Hip Hop News
Romeo gets IV Hydration and Vitamin Drip (FULL VIDEO) #GUHH [VIDEO]
The Arguing Continues! Soulja Boy and Nia Riley Continue To Clash and Throw Shots at one another; “You really have some hot a** breath” #MarriageBootCamp #HipHopEdition [VIDEO]