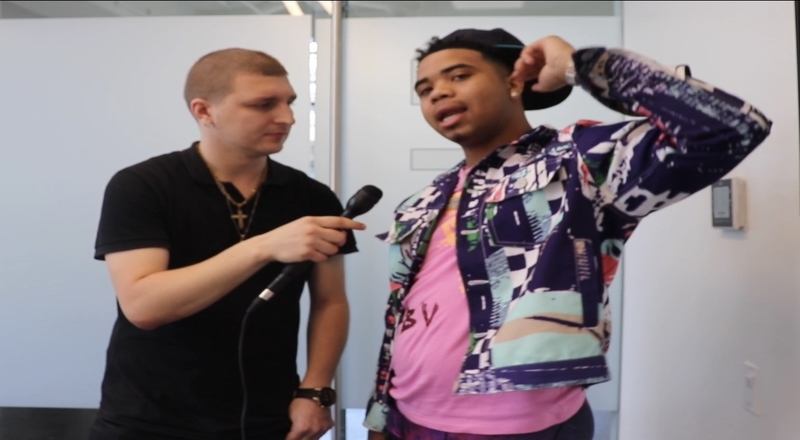 Breakout Houston artist Enzo McFly has been making noise over the past year with records such as “You Got It” featuring Trill Sammy and Megan Thee Stallion off of his “The Youngest Veteran” mixtape along with “I Can’t” feat. Rich Homie Quan and “My Way” feat. Q Money which both appeared on his recent “Next To Blow” mixtape that dropped this spring. Now, Enzo has two hot records buzzing at the same time this summer with “Bounce” and the hot collab “Vibes” featuring New Orleans Pelicans star Lonzo Ball.

I caught up with Enzo to discuss the Next To Blow project, linking up with Megan Thee Stallion and Lonzo Ball on his tracks, the state of Houston hip-hop, and more. As far as his relationship with Rich Homie and Q Money, he already had that established relationship with Think It’s A Game Records so when it was time to drop some heat in the booth, it was that simple. The same situation applied with him and fellow hometown star Megan Thee Stallion. When he was recorded the “You Got It” single, McFly and Trill Sammie did their thing on the track and Megan walked into the studio and finished off the hot record.

McFly enlisted Pelicans Point Guard Lonzo Ball on his “Vibes” single and that record was an easy process as well. McFly said that he went to a Lakers vs Rockets game and after the game, they decided to head straight to the studio and record.

Enzo has his “Bounce” record out too and what he wants to take out of that is to speak to everyone that’s hungry to win along with boss women listening to it. He wants to bring hip-hop back and come with that fly s*it. He added that he will go on tour next month and this fall, plans to release Next To Blow 2.

Check out the full conversation with Enzo McFly below.

More in Hip Hop News
Cleveland mother, Taylor Bush, claims local daycare handed her deceased infant daughter, and did nothing to help with CPR on the baby
Bow Wow gets roasted for posting photoshopped abs on IG and he winds up removing the pic #GUHHATL [PHOTOS]