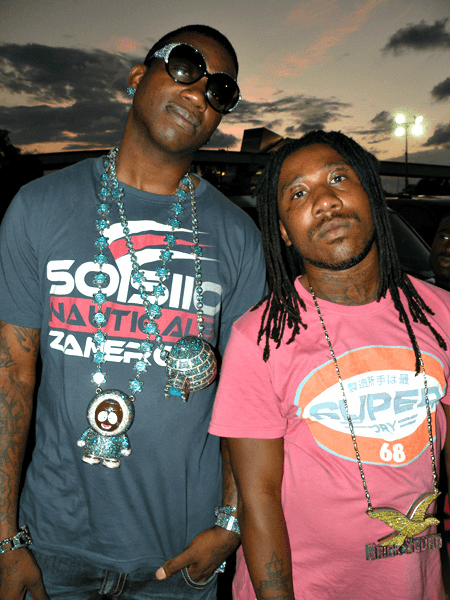 Brick Squad Monopoly has gone to build a name all on its own, boasting its own roster of talent. While the movement is led by Southern rappers, Brick Squad has artists from all over the United States. It was only right for Brick Squad to plant their flag in New York City, signing Frenchie. Not to be confused with French Montana, Waka Flocka Flame’s New York partner in rhyme, Frenchie is one of New York’s rising stars, representing Southside Jamaica Queens.

Frenchie has been making his own set of moves, preparing for the release of Concrete Jungle 2, which will be hosted by DJ Ace and Trap-A-Holics. In addition to his new mixtape, Frenchie is also preparing a promotional tour for the project. Hip Hop Vibe caught up with Frenchie and he discussed Brick Squad Monopoly, his Concrete Jungle 2 mixtape, and working with DJ Ace and Trap-A-Holics.

What part of New York are you from? I’m from South Jamaica Queens, but I reside in Long Island.

How did you link up with Brick Squad Monopoly? So Icey was the first clique out of Brick Squad. It was Frenchie, Wooh da Kid, Gucci Mane, Waka Flocka Flame. I was So Icey from day one.

Do you speak with the other members of the crew often? Yes, I actually visited Waka the day before yesterday. I have my own label, MDE.

Can you tell us more about your movement?  MDE (Man Down Entertainment). I am pushing it hard. Greedy, Sony, Zoe Balla, Joolz Balla, Bakery Brad, Veezy, Don Zee, Y Balla, and Jossy. My behind the scenes guy Kudah Balla.

What is your relationship like with Gucci Mane and Waka Flocka Flame? We have a strong relationship, we speak often.

What is the concept behind Concrete Jungle 2? This sums up my life. I am from the jungle, the concrete jungle. I am surrounded by apes, lions, gorillas. I am like the Zookeeper.

How would you compare Concrete Jungle 2 to your previous work? Actually, I like it because it wasn’t rushed. This time, I got to listen to my songs.

Who will be hosting the mixtape? DJ Ace and Trap-A-Holics.

Will you use him for your future mixtapes, or will you be branching out? I will be branching out, I am always expanding. Brick Sqaud Monopoly is taking over, MDE! It is a movement when I come around.