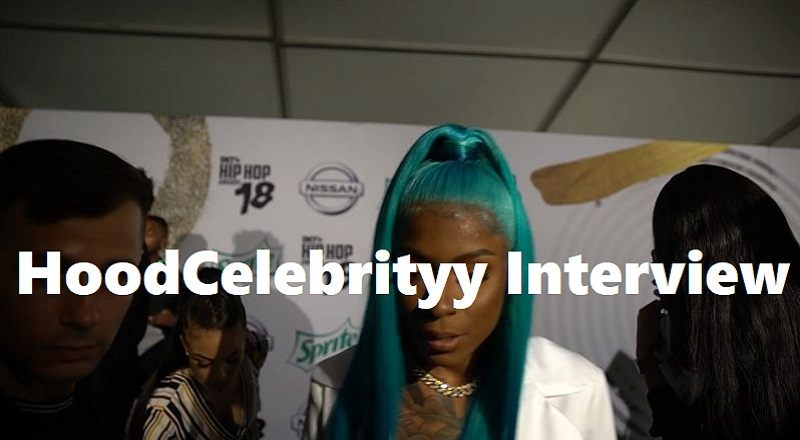 Last year, KSR rose to fame, courtesy of Cardi B, who shouted the label out on “Bodak Yellow” and she was their star artist. Also signed to the label is HoodCelebrityy. When she was on “The Breakfast Club,” she explained how that relationship is no longer viable.

However, HoodCelebrityy has had a good year, herself. While she isn’t all over Billboard, she is all over the streets. First she had her “Walking Trophy” record, and then she had her Inna Real Life EP, which had the streets on smash.

At the 2018 BET Hip Hop Awards, HoodCelebrityy took a brief second out to speak to Hip-HopVibe.com. During the interview, she spoke on her 2018 successes. Before leaving, she also delivered a motivational message.