Home » Hip Hop News » HHV Exclusive: J White talks producing “Bodak Yellow” and “I Like It” for Cardi B, those songs topping Billboard, and their success at Atlanta Beat Auction 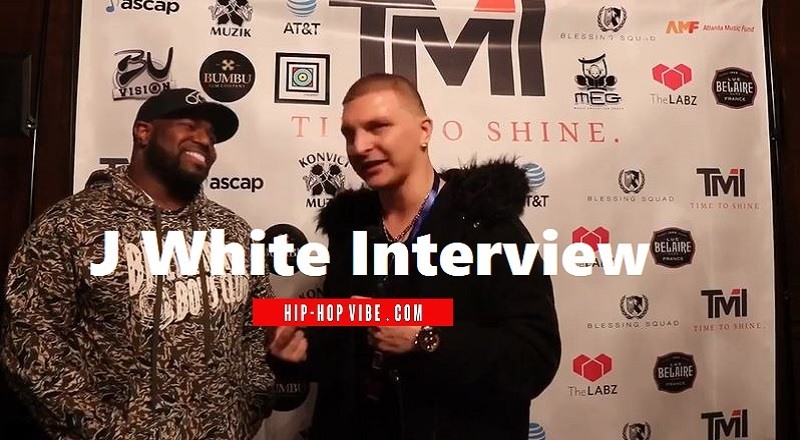 Given how Cardi B seemingly came out of nowhere, a lot of people have wanted to know her secret. Even though people say Cardi blew up overnight, she was putting music out for two years. It wasn’t until the summer of 2017 that she blew up.

Everybody knows the story of how “Bodak Yellow” blew up and then continued to rise. The song became the first from a female rapper to go number one on Billboard in nineteen years. A year later, Cardi B did it again, with “I Like It,” putting Cardi in a league of her own.

J White was the man behind the board on both of those records. Last night, J White spoke to Hip-HopVibe.com at the Atlanta Beat Auction. It was a chance for independent artists to bid on beats from the top producers in the game.

Also, J White gave insight on emphasizing helping independent artists at these events and the success he’s had with Cardi B since producing her smash single “Bodak Yellow” in 2017. He also spoke on how he really knew Cardi and him had the perfect chemistry on tracks after the release of “I Like It,” featuring J Balvin and Bad Bunny.

More in Hip Hop News
6ix9ine Admits That He Cheats Too Much On His Girlfriend But Says Their Love Doesn’t Break [PHOTO]
Jacquees posts vague IG pic with a mystery woman; Fans are trying to figure out whether this is real, or a video shoot, and who the woman is! [PHOTO]