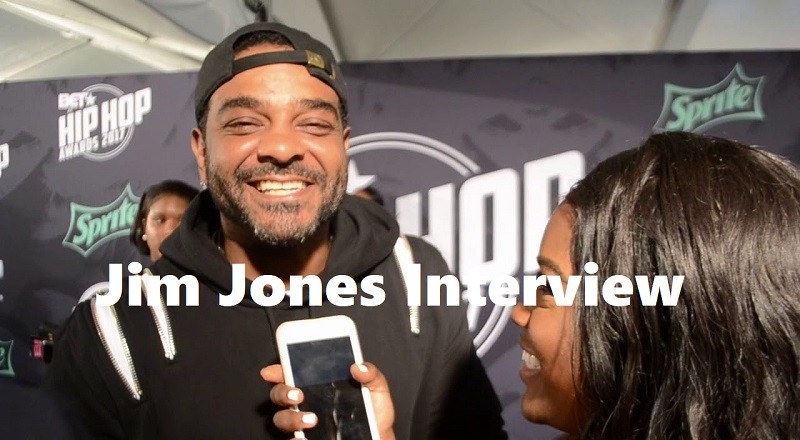 Eleven years ago, Jim Jones dropped “We Fly High” and immediately became a household name. Not only was Jim Jones the hottest new artist, he was beefing with Jay-Z. Taking on the establishment, Jones gave Hov a run for his money.

Earlier this year, Jim Jones signed a management deal with Roc Nation, bringing things full circle. During the early part of Jones’ career with Dipset, they were signed to Roc-A-Fella. The past few years, Jim has focused on reality TV and acting.

Jim Jones spoke to Hip-HopVibe.com on the BET Hip Hop Awards’ green carpet. Talking to @MJThatMediaGurl, Jim Jones named Drake and Future, along with Meek Mill as his favorite rappers. He also discussed being on Irv Gotti’s “Tales” and if he was doing more acting.