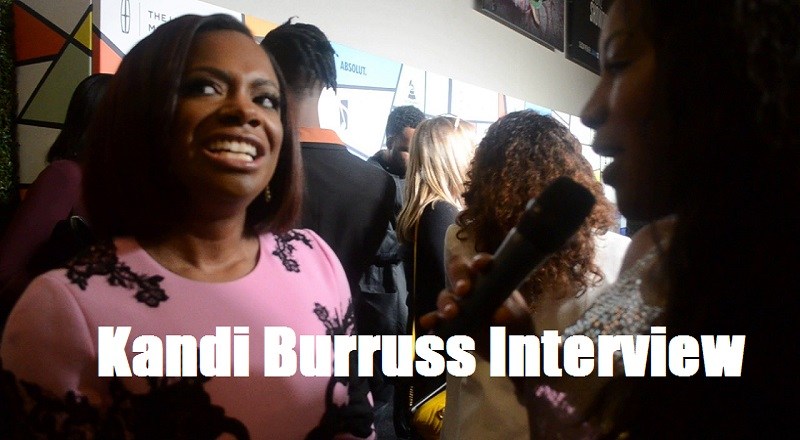 In addition to the Grammys and the NAACP Image Awards airing this weekend, Essence also honored Erykah Badu. Twenty years ago, a young songbird named Erykah Badu delivered Baduizm, her debut album. The album became a classic and made Erykah into a legend.

Two decades later, Erykah Badu is being honored by Essence with a huge concert. To help celebrate, Erykah Badu was joined by many of the biggest names in entertainment. The red carpet was filled with celebrities, in both music and television.

Kandi Burruss would take a second to speak with Miss Conversation Piece for Hip-HopVibe.com. During the interview, Kandi would discuss her favorite Erykah Badu songs, before speaking on how to spice things up in the bedroom. Then, she would jump into the drama on “The Real Housewives of Atlanta” and address if she’s really leaving or not.