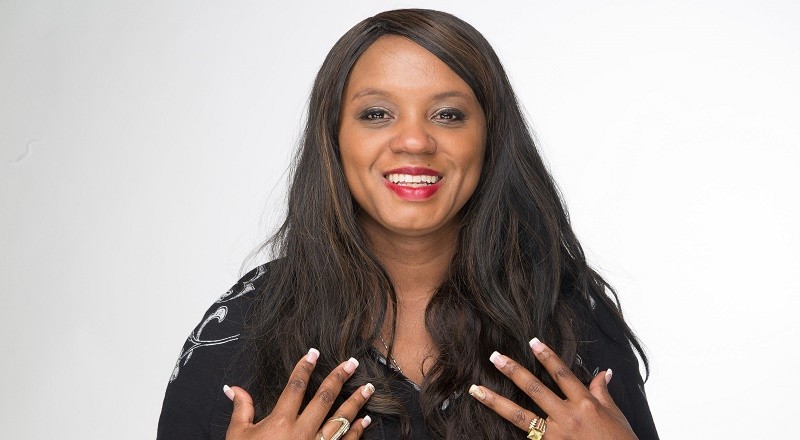 So much has changed in the media and how content is delivered. But, one thing remains true, people love to be informed and there is a market for almost everything. In Philadelphia, Kathia Woods is becoming that go-to person with her growing enterprise.

Kathia Woods works closely with artists and promoters. But, her radio show, “A Cup of Soul,” is fast becoming her most well-known venture. A lot of focus is going into the show, especially after she was invited to cover the DNC, this past summer.

Recently, Kathia Woods spoke to Hip Hop Vibe about the impact she is making on the game. The interview saw her explain where her passion comes from. Then, she discussed the events she is doing, along with the “A Cup of Soul” success.

Where does your passion for the hip hop industry come from? I have had a love affair with hip hop since Middle School. The first song I remember is by Grandmaster Flash and the Furious 5’s “The Message” and I was on board after that.

How did you end up being a promoter for Termanology’s “Shut Up and Rap” tour? My friend, LaCarr Hamilton, was approached to do the tour and he asked if I wanted to partner with him and, naturally, I said yes.

What was the SXSW experience like for you, when you went down there with your business ventures? SXSW is a long week. The first time I went, I didn’t know what to expect, but the second time I learned to pace myself and plan my day. It was a much better strategy.

Doing a show also was added stress, but super rewarding. I always make sure to bring lots of marketing material. You never know who you might met and l try to attend shows that are outside of my comfort zone. I met Tish Hyman at “Southern Hospitality,” a trap show put on by two London DJs, and her manager put me on the list for the Roots Jam. This lead to me shooting not only her, but Ashanti, Too Short, Yo Gotti, Talib Kweli and naturally the whole Roots Crew. That would have never occurred if I didn’t attend that show.

Seeing how a new year is on the horizon, what are some of your goals? I want to put together my first tour, participate in A3C again and cement overseas contacts to name a few.

Can you tell us about your radio show, “A Cup of Soul?” I love mainly soulful hip-hop, hip-hop that tells a story and takes you on a journey. I felt like that was missing from the radio especially in Philadelphia, PA. We feature artist like Apollo Brown, Shabaam Sahdeeq, and Ras Kass. Artist like Yamin Semali and Rapper Big Pooh. These artists make great music but aren’t getting played on the radio because they aren’t considered relevant. This year we also have interviewed authors, actors, filmmakers just dope people doing great things in the community. We even covered the Democratic Convention.

How did you and DJ XL meet and what made you two decide to do a show together? I met DJ XL when I was working with Live Legendary, the guys in the collective went to school with XL. He DJ-ed a cypher we did and one of our shows. We just clicked instantly.

What would you consider to be the highlight of your career, thus far? The sold out show we did at A3C. We had great artist on stage as well as backstage. Legends like Positive K and Greg Nice came to support Planet Asia, Ras Kass, Rapper Big Pooh and Shabaam Sahdeeq.

Where can fans find you on social media? You can find all this to do with the show CupofSoulShow, me personally: Kathia_Woods on Instagram, Kathia39 on Twitter.