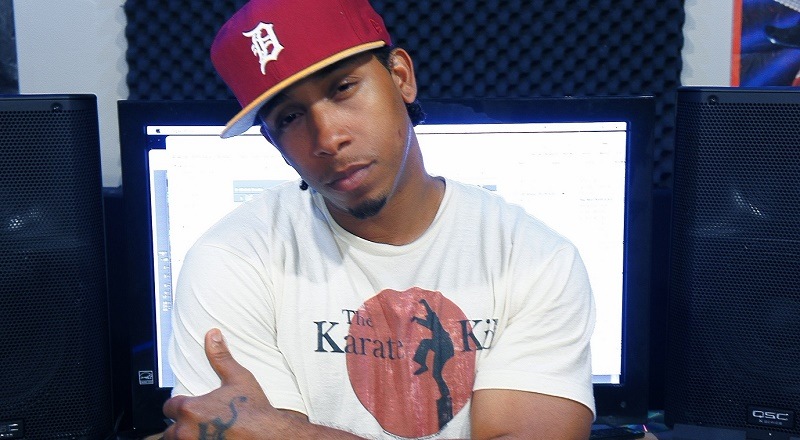 Over the past few months, one name flooding the websites is Kid Vishis, the younger brother of Royce Da 5’9. His momentum is picking up, as Kid Vishis recently released his Timing Is Everything album. The new releases comes after months of promotion of the new music.

Kid Vishis has done well in making a name for himself outside of his older brother, who long ago paid his dues in the game. Still, many people cannot help but notice how the Detroit rappers have many similarities. Either way, Kid Vishis has the focus of the rap game right now.

Recently, Kid Vishis took time out to speak to Hip Hop Vibe and it was a long time coming. While in the interview, Kid Vishis spoke on Timing Is Everything and the rappers who influenced him. Kid Vishis also talked about touring with D12 and his all-time favorite battle rappers.

How did you get the name Kid Vishis? The “Kid” part refers to me hanging around the older crowd and them knowing I’m the youngster of the group. The “Vishis” part came from how people would describe me as a rapper. I would rap for my brother’s friends before Royce even heard me rap and they would always say “Royce you need to listen to your lil’ bro dog, that nigga vicious!.” So, it just kind of stuck after multiple people described me that way.

How do you feel now that you’ve released your debut album Timing is Everything, and how does it compare to releasing one of your Sick Em mixtapes? I feel on top of the world at the moment lol. It’s just the fact that so many people have been reaching out in a positive way from artists to producers to websites showing me love and support. It feels like I have a bit of a momentum going with this album that I want to keep up with and add to. Mixtapes were me training and really just trying to get my name out there in the public. All of my mixtapes were free online as well so it’s just another vibe when you drop an album that people are buying as opposed to just downloading and the response has been great.

Can you tell us what makes Kid Vishis stand out from his counterparts? I honestly think that it’s my hunger and determination in my vibe that really stands out. I keep everybody hungry and humble and I’m not only determined to be one of the best rappers ever, but I want to get there with dignity and respect without compromising who I am. I attack lyrically with a hunger and passion that can’t be matched, and for example my brother Royce just gets in there and just shows why he is a legend in the rap game.

Who were some of your earliest influences in hip hop? Eminem, Royce, Hov, Nas, Big L, Streetlord Juan, Heltah Skeltah, Canibus, Redman, Keith Murray, I can keep going on but basically all the guys who were considered undeniable spitters. I always liked challenging my ear since a little boy and my brothers kept the lyrical MC’s in rotation and that silly basic rap would NEVER get any play in that house (laughs).

Has it been difficult or beneficial being the younger brother of Royce 5’9? Very beneficial, in fact, I feel like Ryan Montgomery being my brother whether or not he raps is a great benefit to me just based off of the type of person that he is. He’s my blood brother, as well as a loyal friend, so he has my back through whatever and always gives me game that I can soak up and use in life in very positive ways. Royce da 5’9″ is a rap legend, but Ryan Montgomery is the person who motivates and mentors me, but either way it’s all beneficial to me because it’s all positive.

What are some of the high points of your career and what should we expect next from you? I’m on a high, right now (laughs)! This album dropping is a high for me, because it’s such a long time coming and so much work has been put in over the years that as an artist it just feels like I have some kind of glow like Bruce Leroy from the movie, The Last Dragon. I feel like some kind of unstoppable force, because my work ethic has got my confidence up and I feel like there’s nothing that I can’t do. Next, I want to tour the world as much as possible and expand upon my movement, and I plan to drop another album this year.

You are known for your freestyle ability. Who are your top three freestyle rappers? Eminem, Supernatural, and a new guy would be like King Los when you say off the top of the dome, but if it’s just dope bars on spot, Slaughterhouse, Horseshoe Gang, Jon Connor, those type of guys are who you want to rhyme and know they will tear the damn mic up.

What was it like touring with D12 in Europe? It was actually dope as fuck! Those guys are legends and any time you get to be around legends, you can watch how they work and how they vibe and learn from it, it’s a win/win for me. It’s always classic when we link with D12, it’s like the Detroit takeover overseas and we kill every show too! Shouts out to the Big Homies, D12, Luv!

If you could make a collab album with one rapper and one singer who would they be and why? I think me, Royce, and the singer, K. Young, would be crazy (laugh)! It’s kind of unorthodox, but K. Young got the voice and harder lyrics than most other singers, and me and Royce already got that lyrical chemistry to where we would come up with all kinds of concepts that have never been done and some of the craziest bars that you have ever heard!

Can you let the people know how they can reach you on the social networks? I’m on Twitter and Instagram and you can reach me on both sites @Kidvishis, I always post current news and future missions of Kid Vishis. Follow me and let me know if you want a follow, because I do follow back and support other artists via social media. Thank you guys for having me and don’t forget everybody, go support the album Timing Is Everything and you can get it NOW on iTunes! Peace and Luv!