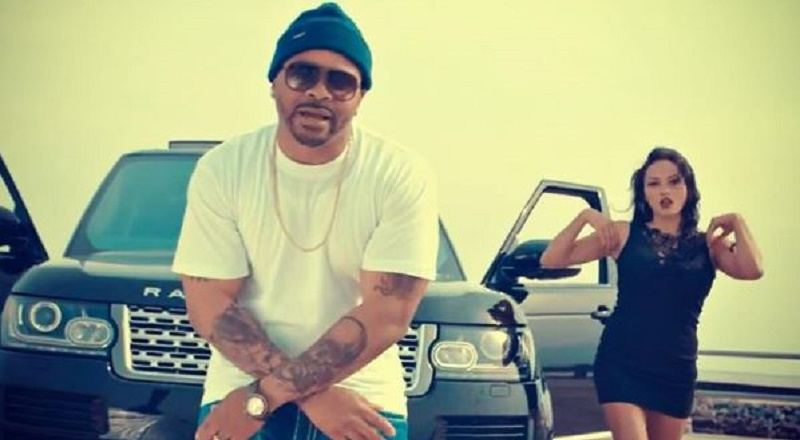 The West Coast hip hop scene has continued to grow since 2011, with all kinds of artists getting shine out there. Among the artists coming up is Koache, who has been doing his thing for a while. Recently, he delivered his video for “Back In The Day,” featuring Game.

Koache does plenty of work with Nottz and he is actually featured on the “Back In The Day” track, featuring Game. Outside of this video, he recently dropped the “Ride Out” visuals. This track boasts a feature from BJ The Chicago Kid.

Recently, Koache took time out to speak to Hip Hop Vibe about his career. Obviously, Koache was pleased with the Game collaboration and the growth of Los Angeles’ hip hop scene. But, his work includes his own label and they have a compilation album, following his Game Point promo run.

How do you feel the resurgence of LA hip hop has helped guys like you to emerge? I think it has helped tremendously. For a while, there, all you heard was down South music. but, now you have Schoolboy Q, Kendrick Lamar, YG, and those guys putting the city on the map.

A lot of the songs you have feature contributions from Nottz, what type of relationship do you two have? Man, me and Nottz have a great relationship, he’s the homie, like a brother.

Can you quickly tell us how you ended up working with him? I met Nottz like nine years ago, through a friend, when we were working on a group project. Turns out, our kids went to the same school, so we often ran into each other and we eventually grew from there.

Hands down, Game is a legend and he bridges the older generation with the newer generation, how did it feel to land him on one of your singles? Man, it felt great to have game join me on a record. It was a dream come true to have him.

Is there any type of advice Game left you that sticks out to you, the more that you work? Ah, not really. just watching his success and longevity inspired me. not a lot of artists have stayed like him. i admire his persistence.

Will you tell us more about your people at Lavish Entertainment Group? Yep. its an independent label created my wife and I. my artists are featured on my game point album.

What is coming next for you? Well, I built my own recording studio. but, the next project is a Lavish Entertainment compilation album.we’ve recorded sixty songs over the past year.

Can you let the people know where they can connect with you on social media? Find me on Twitter/Instagram @iamkoache. Facebook is Koache. My website is www.koache.com.

Watch “Ride Out” by Koache ft. BJ The Chicago Kid below: