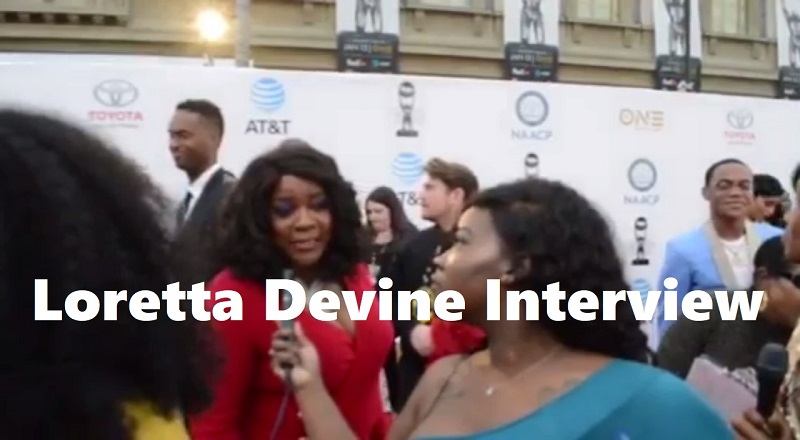 In the 1990s, Loretta Devine shot to fame, when she starred in two moves with Whitney Houston. The classic, Waiting To Exhale, was the first, and The Preacher’s Wife was the second. By the 2000s, Devine ended up landing several TV show appearances.

Loretta Devine has definitely made herself a household name, playing on one weekly series, consistently, since 2000. After doing the 2015 season of “Being Mary Jane,” she did “The Carmichael Show,” which ended last year. She also was in Marlon Wayans’ film, Naked, in 2017.

At the NAACP Image Awards, Loretta Devine talked to Hip-HopVibe.com about her career. MJ was able to have a conversation with Loretta Devine about diversity, in the industry. While speaking on this, Loretta Devine shouted out Anika Noni Rose, Kerry Washington, and Viola Davis for being women of color in lead roles.