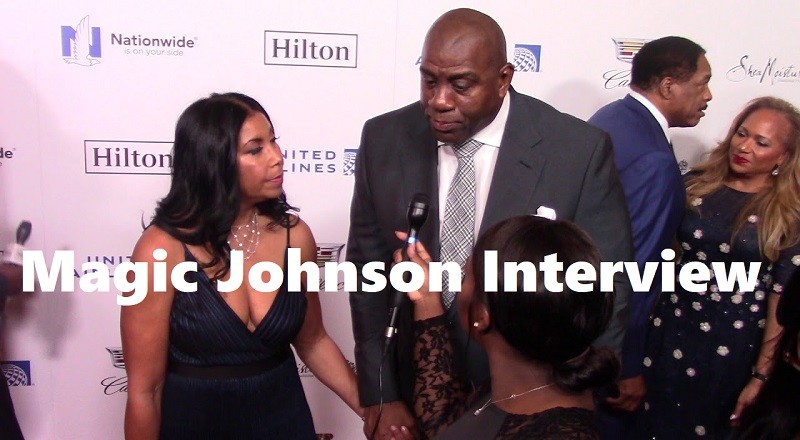 Watching Magic Johnson, over the past forty years has inspired countless people to get out and get it. Over the years, Magic Johnson has established himself as a prominent mogul. He has ventures in sports, restaurants, and most-recently, television.

Magic Johsnon, of course, rose to prominence with basketball, and amassed his fortune, playing for the Lakers. Since then, he has become a multi-millionaire, worth $500 million. Many others have risen the entertainment ranks to build similar, if not bigger, fortunes.

Magic Johsnon, along with his wife, Cookie, was at Ebony Power 50, where he spoke with Hip-HopVibe.com. Talking with MJ, Magic Johnson spoke on excellence, and his legacy. When speaking on inspirations, he cited Jay-Z and Beyonce as those among his biggest inspirations.