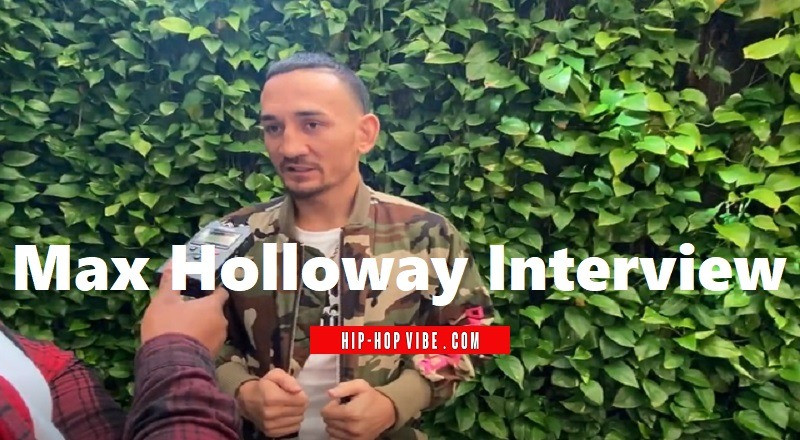 Before the end of 2019, Hip-HopVibe.com had the opportunity to catch up with Max Holloway, the popular UFC fighter. Definitely a winner, he won his fight, and he’s still living the high life. Like most athletes, he’s heavily influenced by the hip hop culture.

Among the rappers that Max Holloway counts as a friend is Drake, the man who ran the past decade. Having someone like Drake is a huge deal, if he’s showing support. Over the past few years, Max has shown that Drake is a huge supporter of his.

During the interview, Max Holloway discussed how he prepares for his fights. The popular fighter also discussed his background, before getting into the Drake friendship talk. That spurred a talk about his own hip hop influences.

More in Hip Hop News
Tekashi 6ix9ine Sued By Fashion Nova For $2.25 Million For Not Returning $225,000 Advance in Brand Ambassador Deal They Gave Him Before He Got Taken In By The Feds; Didn’t Promote The Brand or Reveal His Charges
PreMadonna accuses Amara La Negra of lying on her, saying she told her she was bringing Emjay’s ex, Annie, to their brunch #LHHMIA [PHOTOS]