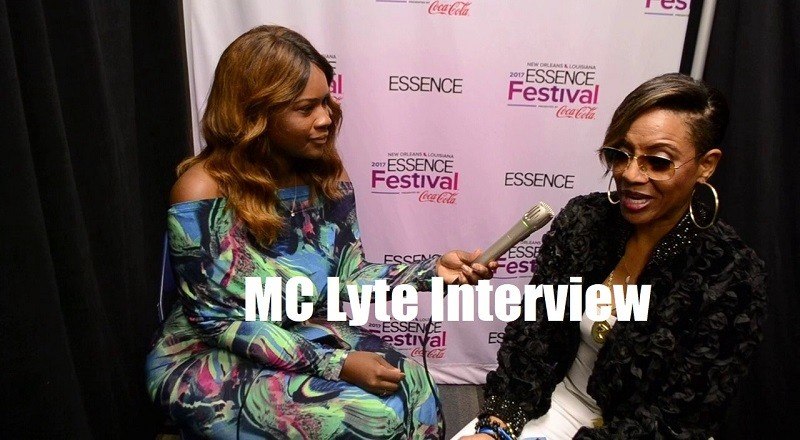 When it comes to female rappers, MC Lyte is one who really opened the door for the likes of Lil’ Kim and Eve, later Remy Ma and Nicki Minaj to do what they do. She was among the first female rappers to be pretty, along with a dope rhymer. Years later, she has managed to keep a place.

MC Lyte last posted a hit record in 1996, but she transitioned into acting and hosting. Along with that, MC Lyte is often at the biggest events, doing both the BET Awards and Essence Fest. This allows her a unique perspective to speak on things.

At Essence Fest, MC Lyte sat down with @MJThatMediaGurl for an HHV Exclusive interview. There, she spoke on the beef among female rappers that has dominated 2017 rap headlines. MC Lyte explained that hip hop is competitive, so things like this will happen, but it needs to stay in the music, and the game will forever need unity.