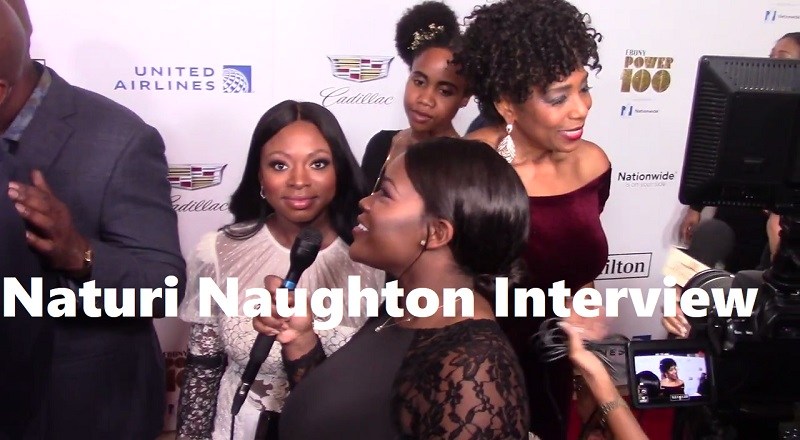 Four years ago, Naturi Naughton returned to the spotlight, and took the role of Tasha, on “Power.” She was cast as the female lead, opposite Omari Hardwick’s James aka Ghost. The couple had problems, as Ghost wanted to be James and wants Angela (Lela Loren).

Naturi Naughton has become one of the biggest names in entertainment, courtesy of “Power.” Most people consider it one of TV’s top shows, as last season brought in 9.3 million viewers an episode. A lot of people even want additional episodes, of the show.

While covering the Ebony Power 50, Hip-HopVibe.com was able to speak with Naturi Naughton. MJ was handling the red carpet, as usual, and got Naturi to give up some dirt on “Power” season five. She spoke on the aftermath of Raina’s (Donshea Hopkins) death and Tasha’s relationship with Silver (Brandon Victor Dixon).