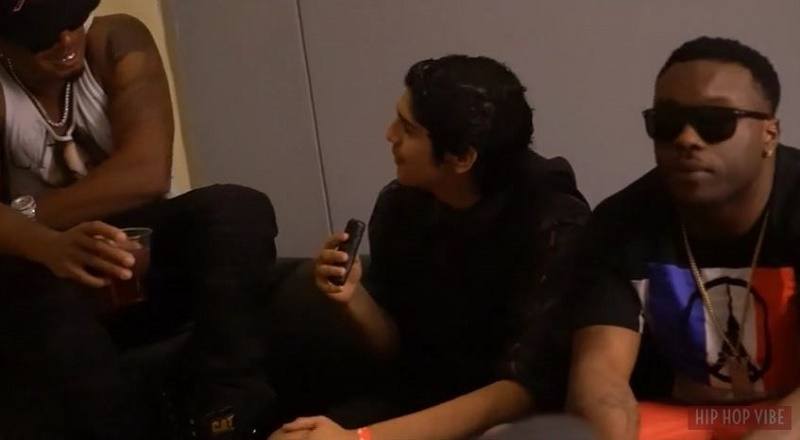 When it comes to the hardcore mixtape music, Red Cafe is the one who keeps the streets hot. He has several anthems under his belt and classic tracks with Fat Joe, Fabolous, and Jadakiss. Back in 2011, Red Cafe even scored a hit with “Fly Together,” featuring Ryan Leslie.

Red Cafe has been busy in 2016, releasing Dope God, back in March, as a mixtape. Next from Red Cafe is his album of the same name and he was on the road promoting it. 615 Entertainment and Ftown Promotions had him in Phoenix performing with Lil Durk and Dej Loaf.

Backstage, Red Cafe spoke to Carlos Cureno (aka Djayy Charliee) about his latest. Promoting his artist, Lil Mikey (pictured right), Red Cafe spoke on his Dope God mixtape and the album. He would also plug Lil Mikey’s new music, as he is doing his thing on the West Coast.