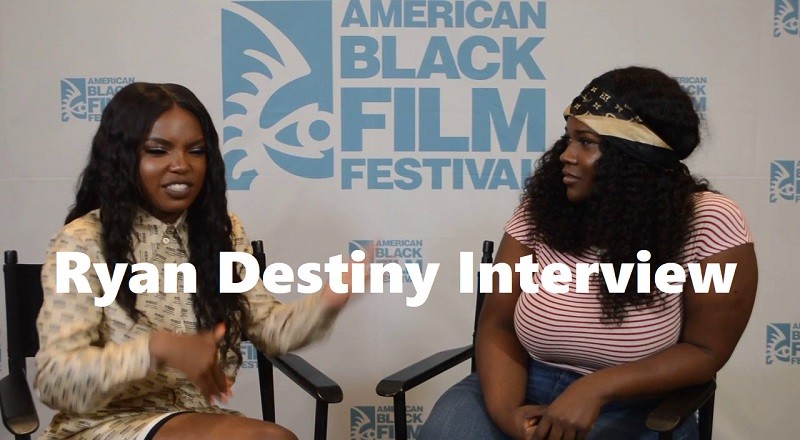 Even though FOX’s “STAR” is led by Jude DeMorest, Ryan Destiny was almost instantly the show’s breakout star. The popular actress plays the role of Alex and the people fell for her. Paired opposite of Quincy, who is Derek, they immediately stole the show.

This past season, Alex (Destiny) dealt with the temptation that has been label-mate, Noah (Luke James). Aside from cheating on Derek with him, it put her at odds with Star (Jude DeMorest), who was also dealing with him. Then, Ryan Destiny has her personal life, with Keith Powers.

Ryan Destiny actually spoke to Hip-HopVibe.com at ABFF. She sat down with Alex Jackson for an exclusive interview. During the interview, she explained her label situation, while being on “STAR,” before speaking on her obsessive fan pages, and how some Keith Powers fans troll her, out of jealousy.