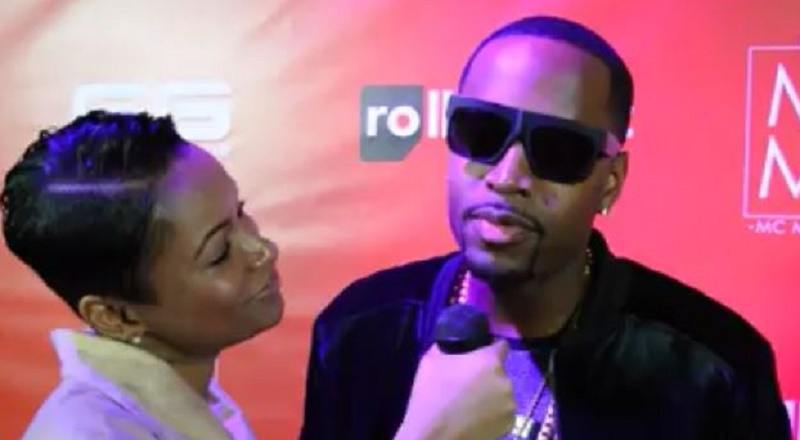 Due to his longtime affiliation with Nicki Minaj, Safaree earned the title of “Nicki’s ex.” But, in the wake of their breakup, Safaree has been more outspoken. He has made it clear he had a relationship with key industry players on his own right and he still does.

A few months ago, Safaree seemed as if he was soon to be getting close to K. Michelle. While they never got into a relationship, Safaree did appear on the show. In fact, Safaree did another cameo on the show on tonight’s episode.

Safaree talked to Sophia Nicole and Letitia Tucker for Hip Hop Vibe, a few weeks ago at Rolling Out’s cover unveiling. During the interview, he discussed his fashion sense and his new mixtape. The event was courtesy of Echoing Soundz.