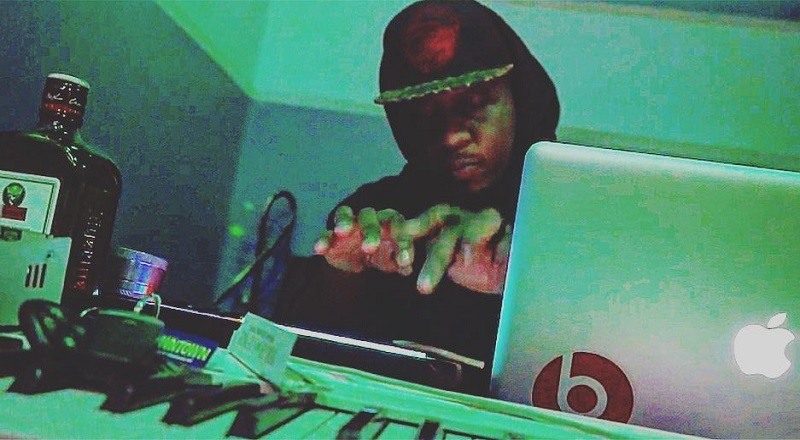 The music industry is really a small circle, so reputation and relationships are everything. Understand that talent also plays a major part, after all, there has to be a reason for the relationships. This is something Sean Da Firzt knew, from the jump.

Had life gone differently, Sean Da Firzt would have been a basketball player. Perhaps, Sean would have become the Hornets’ starting point guard and maybe he would have stayed. But, if he did that, DaBaby may have not become the major star that he is.

About a month ago, Hip-HopVibe.com had the opportunity to speak with the genius that is Sean Da Firzt. What he left us with was a phenomenal interview, where he broke it all down. This was a very real conversation about North Carolina, about music, basketball, and connections.

What gravitated you towards music? I have been playing the keyboard and drums forever. When I got to college, I was playing basketball, but I got hurt, but I still had my keyboard. I was stuck in my dorm, bored, so I got back into the music, and guys would come in, rapping, I was sitting in the room, and people would freestyle, they loved the beats, and it took off. So, from there, I took it to the next level.

Going back, you mentioned you played basketball, what position did you play? I was like a Draymond Green, I played all the positions, but I scored more efficiently. I was everything the team needed, I was 6’3, but I got hurt. Really, I’m supposed to be in the league with the Hornets, right now (laughs).

How did the Warriors do, in your opinion, with the Raptors? It was dope, that series was kind of like a life and basketball kind of thing. You have the champs, Golden State, they have a system, but the system is breaking down. Then, with Toronto, they had the right timing, they could have folded. They could have gotten relaxed, when Klay and KD went down, but they kept it going. Took advantage of opportunities and won. Then, with Golden State, all good things come to an end, so there’s that, pick it up, and keep it moving.

What is your take on the Hornets, as a team, and the Kemba Walker situation? They only have one superstar, they need to keep him. It’s time to reward the man and put a team around him. As an organization, they have been lost, for a while, we need better decision making, and give Kemba his money. And they gotta give him that $221 million, he worked for it, got a couple of years left in him, and nobody else is coming to get it. (Editor’s Note: This interview was conducted on June 27, 2019, four days before Kemba Walker signed with the Boston Celtics).

Speaking of teams, how have you gone about building your team? I’m like the Pacers, we build it up slow, and I have my management, Platinum Management, and we are building from there. I got some producers and writers, the foundation of the team. My team may not get bigger, but what we are doing is getting bigger. I’m all about the team and we’re all going places, we have the right ambition, and the right pieces to build.

Can you tell us about how you and DaBaby linked up and about his success? First, there was a rapper named Joe Blow, and he was getting big, in 2015/2016. He introduced me to DaBaby, but he was mostly freestyling on other people’s tracks. Me and him hit the studio and made some records and the rest is history. I’m proud of my brother, he would call me every day, he was really dedicated, and kept me on my toes. I’m so proud of him, we were doing songs every day, and if I look for it, I could find 130 songs. He worked so hard, he deserves this, I saw it coming, and, honestly, it was a matter of time.

So, you were super proud to see him performing at the BET Awards? It was crazy, I was just in the studio with him, a couple of days before. He is the hottest rapper in the game, but he is still “Jon Jon,” he’s the same dude, but he just has more jewelry, and more people around. When I saw him on the BET Awards, I was like “wow, he really is one of the biggest rappers in the game.” I was super proud, and in my honest opinion, Mary J. was the only one with a better performance, I was super proud?

Are there any other artists you’re working with? We just did a record with 704 Chop, Loyalty Means Everything, and it has the city of Charlotte on fire. Before this, I only saw DaBaby having the city on fire. There’s also Stunna 4 Vegas doing his thing. I also did a track with Lil Mexcio, “Another,” and a track called “Block,” that’s on it’s way. Last week, we did some records Lil Gotit, in Atlanta. I had heard of him, but when we were in Atlanta, I remember going to ATL, before Thug hit, but Gotit got it… Lil Gotit got it (laughs). We got some records with him, shout out Maury Beats, we got Lil Yachty on one of the records. We got a lot, too many to name, be looking for that, and some surprises, DaBaby’s new album. A lot of things to name. And I got Blacc Zacc in a couple of days to finish up his tracks, it’s about to go crazy.

Anybody from the Carolinas, we are going to take it, and work on it.

Can you let us know your social media? @Sean_Da_Firzt, that’s my social handle for all of it. One more time for the people in the back @Sean_Da_Firzt. Definitely tap in.

More in Hip Hop News
Jermaine Dupri talks his biggest hits, Scooter Braun, and stories with Usher, Biggie, and Tupac on “Sway In The Morning” [VIDEO]
R. Kelly’s 24-Page Sex Trafficking Indictment Revealed and States That Five Minors Performed Sex Acts On Video With Him; Kelly Paid Off Family Members of The Girls and Others To Keep Quiet