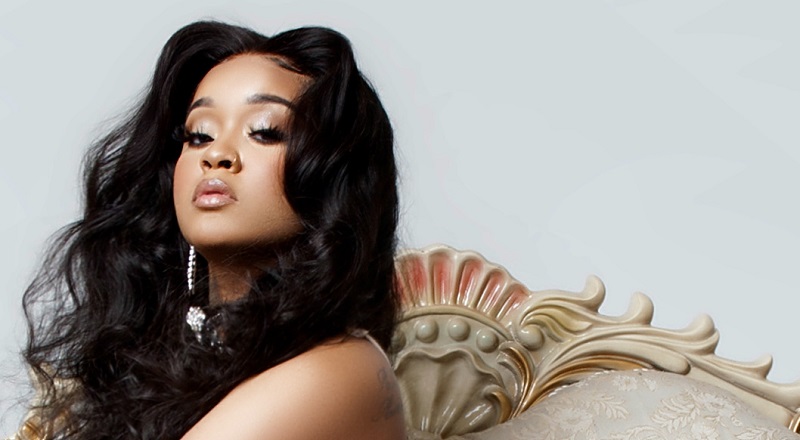 The past few years have seen a shift, in the hip hop world, as new stars emerge. This shift has seen Stunna Girl, a popular Sacramento rapper, gain footing. Currently, she is one of the most-popular rising stars in the game.

Stunna Girl recently dropped her single, “Still Smoke,” to much success. Following the “Still Smoke” release, she dropped her Stunna This, Stunna That mixtape, which dropped today. Now, she has much more in store.

Before she released Stunna This, Stunna That, Stunna Girl spoke to Hip-HopVibe.com, in an exclusive interview. This conversation saw her discuss the new project, giving people a preview of what to expect. She also gave people insight into her rise to fame and her creative process.

It’s been over two years since your career took off. What did it feel like the first time that you went viral? The first time I went viral was definitely with the song, “Runway,” and it was a great experience.

Did you experience a lot of people who previously curved you now trying to work with you? I would honestly say it was more of the fans. I’d say people who didn’t listen to my music started listening to it, in some way, shape, form, because people always wanted to work with me.

During that period of growth, what was the most-valuable lesson that you learned? I learned to trust in my instincts, that was my main thing. I really learned that being myself is what got me here. But, that song, I really pushed for it to go on my tape, and it showed me that believing in myself would get me where I wanted to go.

When did you realize that you were truly becoming a celebrity? I would say when every single label started calling my phone. They had all kinds of offers and it was coming from five different ways, so I was like “yeah, I’m lit.”

Can you tell us how the “Still Smoke” single came together? I recorded “Still Smoke,” when I was still in the process of getting signed. i was talking about my haters, nothing changed, just that my bag is different. But, that it’s still smoke (laughs)

That music video is something else to watch. Can you discuss the concept of those visuals? I was given options to pick, so I chose that one, I liked it, because it reminded me of good and bad, the feelings of the superheroes, I really liked it.

How are you feeling going into the Stunna This, Stunna That mixtape release? I was definitely ready to drop it, because I made the mixtape in three days. The original tape I was ready to drop was pushed back, so I came with this one. I am a freestyler, at heart, and I can create quickly. With my tape waiting to be cleared, I came back in and did this, because my fans were asking me where I’m at, and I’m here.

Are there any surprises you’d like to share with our audience, about that project? Uhh, any surprises? I would just say I’m giving you a different level of versatility.

See the Stunna This, Stunna That mixtape cover below: